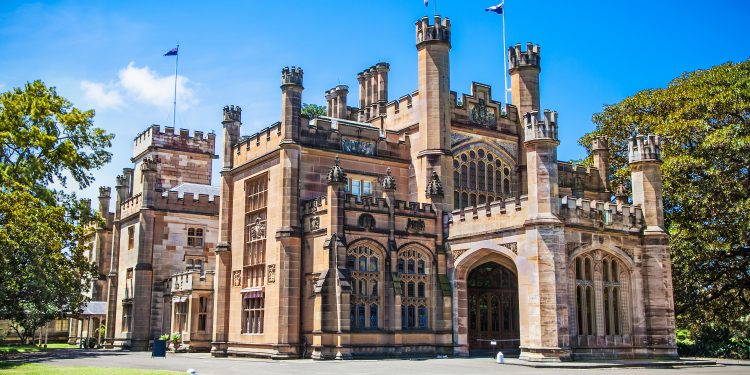 Being one of Australia’s largest cities, Sydney boasts some impressive historical landmarks dating as far back as the early 1800s. With ongoing restorations, many are now open to the public for their viewing pleasure. Others remain closed, for security and safety purposes. But all of them are a wonder in themselves, filled with a history teeming with eccentricities.

Follow us on an expedition, starting in the heart of Sydney: 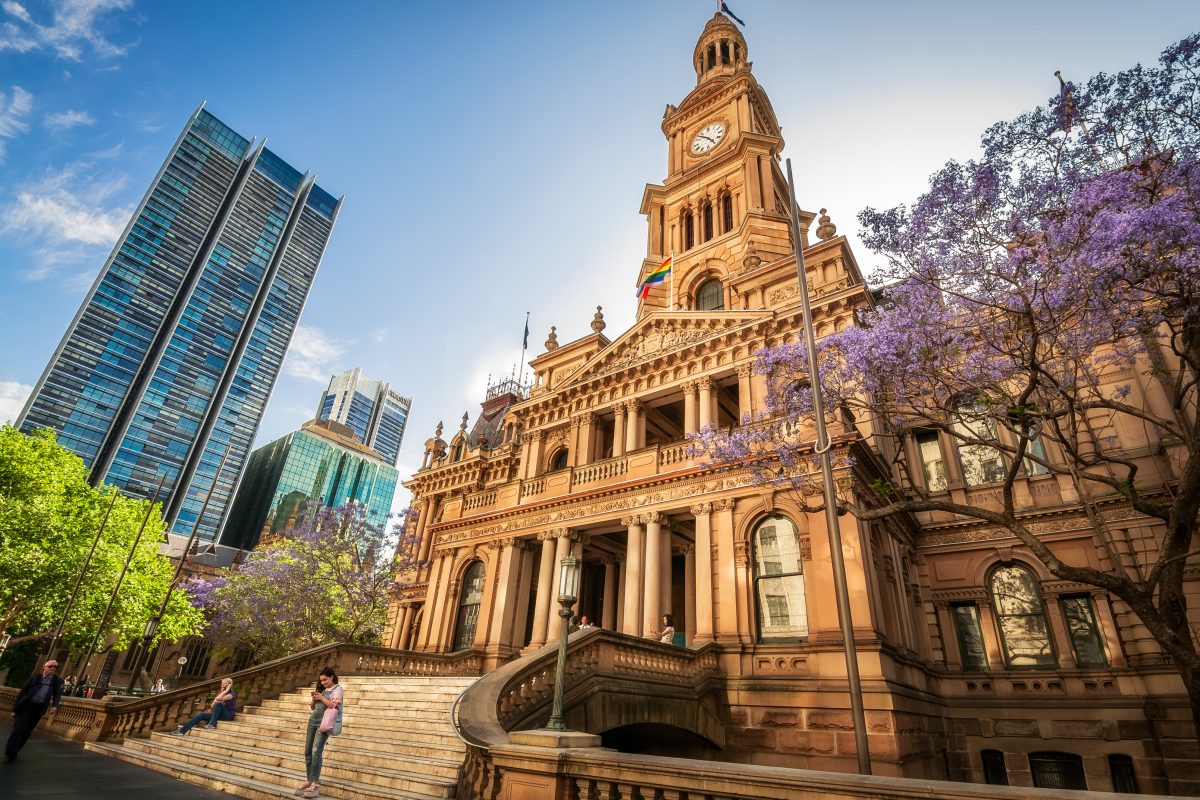 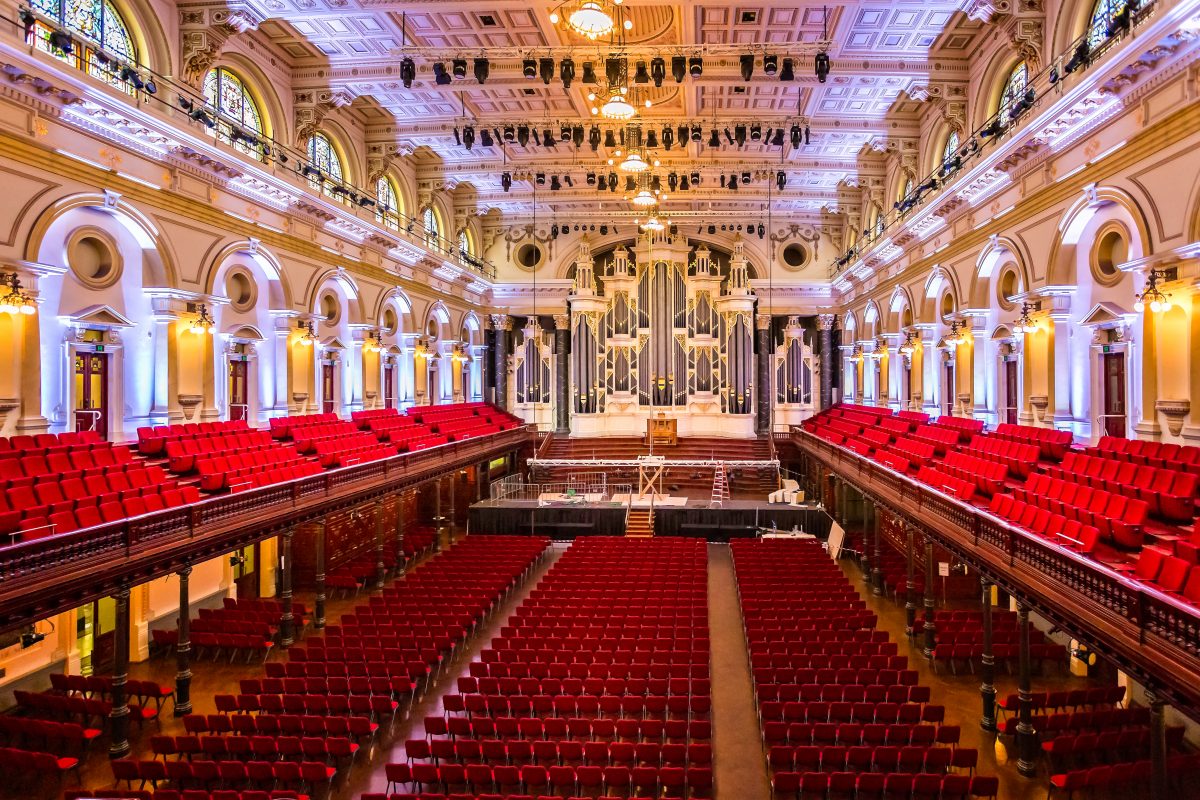 Sydney Town Hall was constructed between 1868 and 1889, taking inspiration from French sandstone architecture of the time. Since then, not much has changed structurally – only a few restorations and additions. Its vestibule as you stroll in from George Street features a grand crystal chandelier. Perhaps the most striking space is Centennial Hall, featuring a specially crafted high ceiling, dress circle viewing area and a grand organ with 64-foot pedal stops. It’s believed that only a handful of musicians are experienced enough to play this melodic beast. Underneath Centennial Hall lays Lower Town Hall, which plays host to government elections and is a worthy space for exhibitions of all sorts. Guided tours can be organised, and always keep an eye out for upcoming events. To the local, it’s affectionately called the QVB, and it is one of Sydney’s grandest places to shop. This year, the Queen Victoria Building celebrates 120 years of life. It’s also 120 years since they lost the ornamented solid gold key that was used to open the front door. What a bugger! It has a crazy history, dealing with coming and going store owners, various celebrities and even the threat of demolition. The spot where the QVB now stands could have been a small parkland and civic square if certain people got their way. Its recent refurbishment in 2009 cost $48 million, which included new upper levels, balustrades, carpet and repainting. For over 150 years, the four homes that form Susannah Place have been a sanctuary for over 100 different families. It tells all their stories, through the furnishings, the interior decor, the ornaments and trinkets, and even through pictures that scatter the walls and tables. It’s like a family album, stitched together through time to create a perfectly preserved history. And for $12, you can tour this space and learn about the many occupants, their legacies, the transience of it all. You will learn what makes this place truly special. Cadman’s Cottage is one of the oldest buildings in Australia that is still standing. It was built in 1816, just over two decades after Australia’s colonisation, by a man named John Cadman. Cadman was a convict, arrested for stealing a horse. After his arrival in Sydney, Governor Macquarie pardoned him and made him the Superintendent of Boats. Back then, this cottage was right on the waterfront, but since the construction of Circular Quay, the cottage now rests 100 metres away. During its 200-year life, the cottage has acted as a water transport headquarters, a sailors’ home and a water police station, among other things. Now it stands as a historical landmark, proudly sharing its lifetime with the people of Sydney and beyond. If you sailed into Sydney Harbour prior to 1990, your first point of call would have been Customs House. That would be especially true if you were lugging goods on your way in. The years that followed it’s opening in 1845 marked the successful growth of Sydney, as local trade boomed with the imports and exports industry surrounding Customs House. Even pubs got in on the action. And then, thanks to technological advancements, the building didn’t need a waterfront view to function anymore. So, on June 15, 1990, customs left the building, leaving behind a rich history. Four years later, City of Sydney reopened the building as a cultural precinct, holding true to the original purpose of Customs House: a gateway for goods, people and ideas. Check out their website for upcoming exhibitions and events. 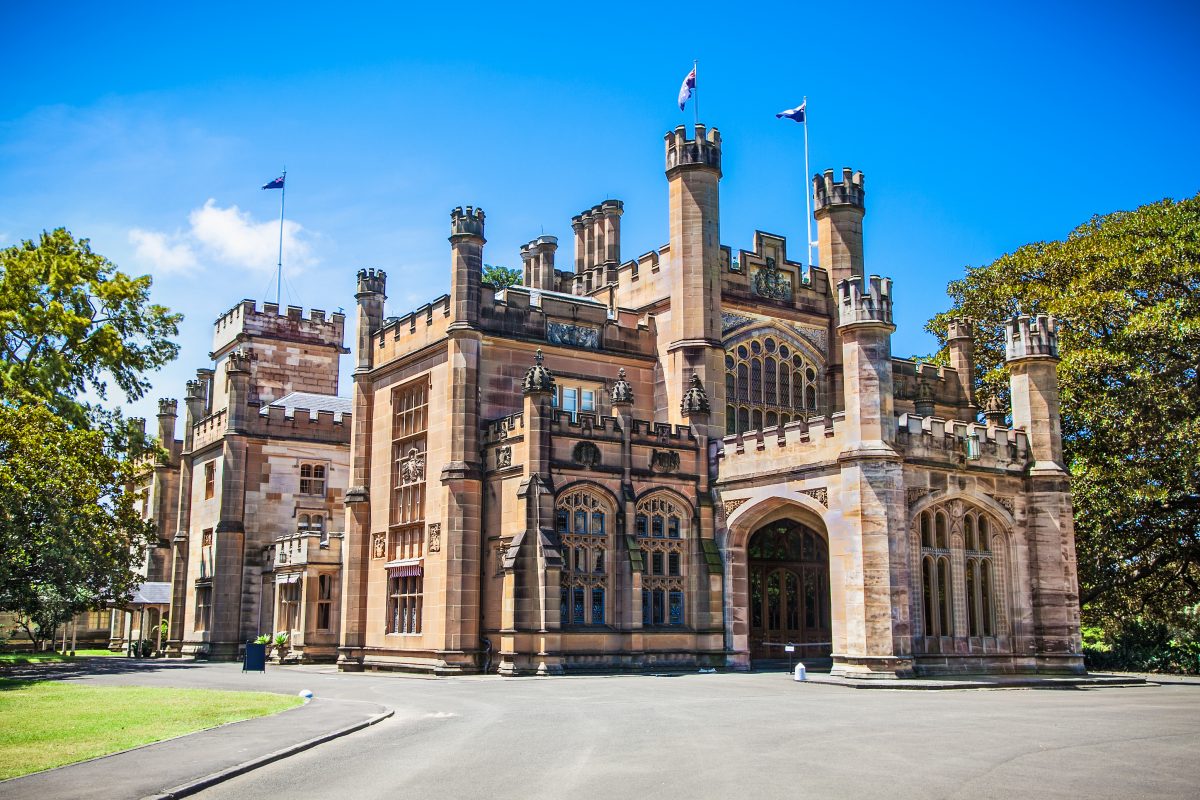 You cannot govern a colony without a proper house, one that stands proud and tall. A house that doesn’t beckon respect, but simply earns it. Government House exudes a Gothic-like style with castellated towers and medieval features, perfectly placed in the middle of a spectacular yard and gardens. It has seen renovations and refurbishments over the years to keep up with changing technology and for the comfort of the Governors that have resided within. Tours of the house are regularly done, and the gardens are opened 10am-4pm daily (subject to variations, check website). Tours must be booked in advance, through a registration process. The Mint has been a few things during its lifetime. It first opened in 1816 as a General ‘Rum’ Hospital for convicts which later grew to become a dispensary and infirmary for the poor. Then from 1855 to 1926, it was the Royal Mint, moulding gold into coins. Following Sydney Mint’s final gold coin moulding, the building went on to house 20 different government departments, while hosting different law courts. After 1997, Sydney Mint became the head office of Sydney Living Museums, which looks after 12 different historical sites around Sydney. Sydney Mint also functions as a venue-for-hire, has a restaurant and cafe, and also houses the Caroline Simpson Library & Research Collection. Fun fact: No red wine is ever served for any event that is housed by Sydney Mint, simply as a precaution against staining and corroding the sandstone structure. It’s World Heritage listed, sharing one of the best histories of Sydney’s convict settlement – as it was here where convicts were fed, rested and controlled. Hyde Park Barracks helped create Sydney through convict labour and punishment. Then, in 1848, the main building transformed into a female immigration depot. Forty years later, alongside Sydney Mint’s court systems, Hyde Park Barracks became the law courts. Now it stands as a monument; a museum about itself. For $12, you can roam the building and learn about its long winding history. 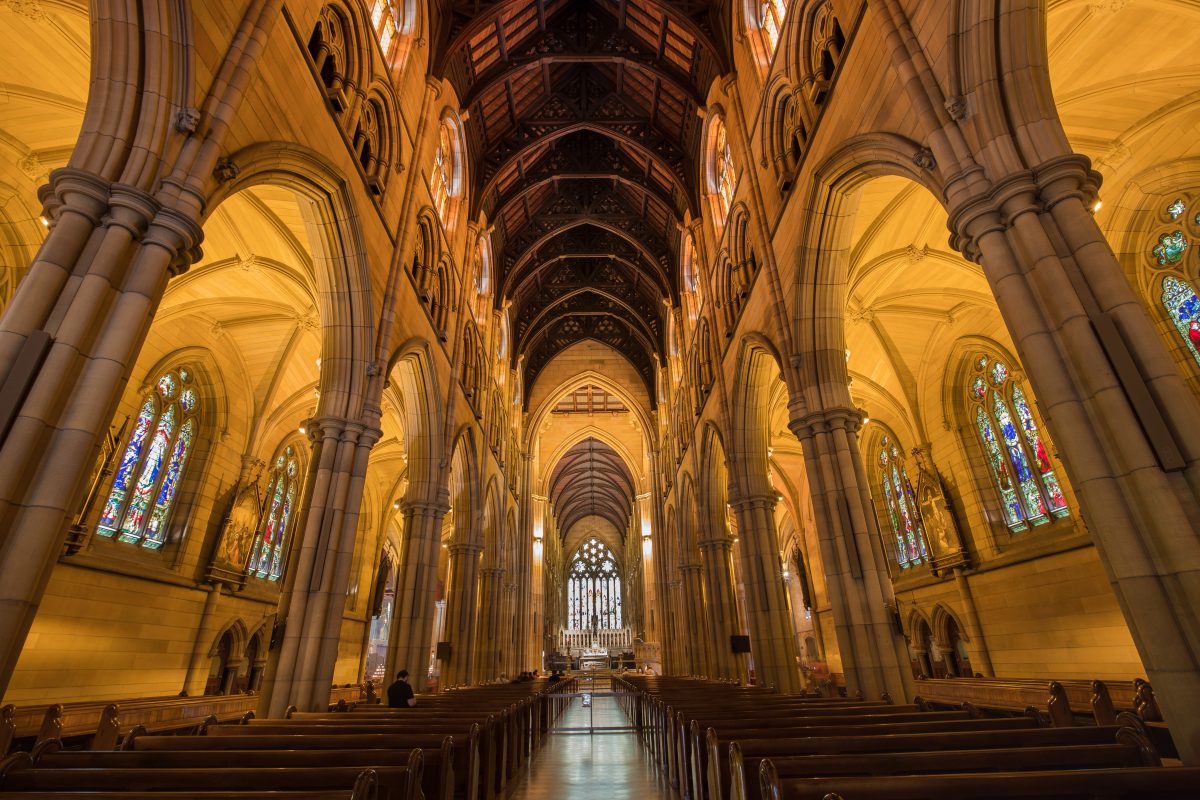 St Mary’s Cathedral is Australia’s largest cathedral, which may not have been built if the original church – built in 1821 – survived the fire in 1865. For the next century and a half, the currently-standing St Mary’s Cathedral was slowly erected. It’s final step for completion was adding metal frames of the imposing southern spires, which were lowered into place with a helicopter. The simple brief for the building of the Cathedral was given by Archbishop John Polding: “Any plan, any style, anything that is beautiful and grand. I leave all to you and your own inspiration.” As Sydneysiders and tourists alike can see, the simple brief was definitely achieved. There’s a moral to the story behind this house: nobody is immune during financial downturns, especially the filthy rich. In 1835, the second-most important public figure was colonial secretary Alexander Macleay, who seemed to have an ego as big as… well, a house! Alexander snagged London’s most lavish architect John Verge and asked him to build him Elizabeth Bay House, suitable for a waterfront location. Verge produced a Greek revival style estate surrounded by beautiful terrain and picturesque views. But Alexander didn’t foresee the oncoming recession nor his impending retirement orchestrated by the next incoming governor, Ralph Darling. With no money coming in, and with the economy taking a blow, Alexander’s only option was to sell his estate. Thankfully, his eldest son, William Sharp Macleay, took on his father’s debts and his estate, sold off many of Alexander’s possessions, and allowed the house to survive through the oncoming 20th century. Elizabeth Bay House became the first estate to be heritage listed and has accumulated its own reputation, overshadowing the original owner’s ego.