IT WAS THESE LITTLE FLASHES, THOSE LITTLE INSTANTS, THAT WILL FOREVER STAY IN MY HEART.

My experience of India throughout my three-week program with Drishtee Immersion was – trying not to exaggerate – almost indescribable. Whether it was the team I met up with at the airport, the people we learned more about during our journey, to simply the culture of India itself. At times it can be overwhelming, like a torrent of information bombarding and drowning my mind with thoughts and memories. I’d often have to take a step back and pause for a moment just so I could digest everything being thrown at me. From the differing cultural norms, the stories and experiences you would hear that can break your heart, or just the environment. But without this challenge, I wouldn’t be where I am now, a much stronger mentally and emotionally prepared person with the clear understanding of what true empathy can bring.

We started our journey in Delhi, where we met two of the best organisers you could hope to ask for, simply the best captains to control the ship which was the Drishtee team. From there we drove through the organized insanity known as Indian traffic to Jaipur and passed out at the hotel in the early hours of the morning. Once we woke up we stocked up on some Kurtas and other pieces of Indian clothing then drove onto Soda, a rural village housing approximately 7000 people near Malpura.

As an aside, I’d love to point out how outstanding the leader of Soda was, Chhavi Rajawat. Listed as one of the most influential young Indians by GQ magazine, and honoured by multiple Indian presidents in her time, Chhavi was an individual with an amazing presence. As the youngest person to hold office of Sarpanch, and the first woman Sarpanch in India with an MBA degree, she would often control the room and the flow of conversation in subtle yet friendly ways. Chhavi helped us tremendously throughout the project and provided us insights which we simple never would have attained during our time at Soda.

From there we spent the next week getting to know the people of Soda with the help of some amazing translators, one of which provided us with some early morning yoga sessions that I plan to continue doing for many years. Each day the group would focus in on an area, whether that be education, health, sports, and a few others. In these days we would do some basic investigation into the area with the focus being on slowly building connections and friendships with people. Some people latched onto an area and some villagers relatively quickly. I felt like I was one of the last people in the team to do this, with this causing me to feel like I was a little behind the rest of the group despite this not being the case at all.

The area which interested me the most was in leisure and sports, essentially what do people do for fun during their spare time. This came about during the Indian Independence Day, which happens to coincide with Australia Day (January 26th). One of the local schools in Soda invited us down for a special assembly which celebrated this day. During the festivities I became transfixed by the Judo portion which consisted of many students doing some basic judo drills in a very militaristic manner. This was the moment which piqued my interest.

One major aspect of Drishtee Immersion program was the notion of empathy. Although we can come into a place such as Soda, travel the village and identify a problem, then come up with a potential solution, the issues arise when this solution is implemented. More often than not, the solution is introduced and simply does not work, or only worsens the problem. This is usually since the people coming up with the idea do not understand the people affected by the problem and the little nuances a person not from the situation could find through basic investigation. This is where empathy comes in. Empathy bridges that gap as the person takes their time to connect to the groups or individuals directly affected by the issue. Thus, creating a potential solution that not only solves the problem at hand, but also considers the people related to the issue and alters the solution accordingly.

After spending the first couple of days doing general investigation in areas of the village, we then focused in on an area of choice and investigated that further with another team-mate who shared the same interest. This comprised of further, more in-depth interactions with individuals directly connected to the area of choice.

One of the people I decided to spend more time was one of the people who worked as helping hand for us at the place we stayed known as Ganesh. The man, constantly wearing either yellow or a pure white jacket with the Bosche logo emblazoned on the left breast, was noticeably friendly and would go out of his way to make sure that we were okay at all times. He was also known as the guy who would be one of the last three people in games of Uno but never took it to heart and was always eager to play.

We were taken to his village, a fifteen-minute motorcycle ride away, and given a guided tour of the hamlet by Ganesh himself. From here we learned how entrenched and important family values were for not only him but for Soda at large. Major slights like running away, stealing land, unknowingly selling off property, were forgiven simply to ensure that the family was kept together. We also learned how much Ganesh has sacrificed for his family, who left a steady job at Jaipur and came back home to tend to his ill parents. He spent much of the savings too on private hospital care for the parents.

If there was only one person I wish to meet again from my time in Soda, it was Ganesh. His generosity, friendliness, and father-like watch over us during the trip was something I rarely find in the people I meet back home. I hope to one day at the very least emulate some of the elements Ganesh displayed and spread his positivity that he always brought.

For my friend and I, we decided to get into further contact with the judo teachers of the village and soon discovered how important the sport was to the village. One judo teacher we spoke to had major success and climbed all the way to the national level, and multiple other students had reached the state level. However, we noticed that the equipment available for the students although adequate, were only accessible from one school and only during school hours.

It was also at this point in the program that we noticed how segregated the genders were in the village. The boys would only hang out with boys and the girls stayed with the girls regardless of the situation. This even included the husband and wife, where during our interactions with people would rarely – if at all – interact with each other except when they needed the significant other to do a task for them. This is a stark contrast from Australia where there can be groups of just ‘the boys’ or ‘the girls’, but both genders would often and inevitably interact in social gatherings.

The final stage of the trip we created a program or potential solution for a problem that we found during our investigations. Our solution was a sports center located in the middle of the village which stored and provided access to sporting equipment for several sports such as Judo, cricket and badminton. This was then combined with a sporting program similar to external sporting programs in Australia, where teams would be formed. Students could then play and practice a sport against each other. Outside of a few high contact sports, all training and some games are played with boys and girls together.

The sports centre and program idea were formed using the method of co-creation. This method is a variant of prototyping where you create the outline and details for the idea then work hand-in-hand with the stakeholders directly connected to the problem to refine the solution down. We found out quickly how important co-creation was for the program as certain features of the solution would not have been included had it not have been for us showing the idea to some of the judo teachers. They pointed out areas of concern in the early forms of the project and we adjusted accordingly, creating a program that would solve these issues.

The goal of this program was to not only help cultivate and create sporting success within the village but to also encourage interaction between both genders from the youngest age. By increasing contact between genders from a younger age, the barriers and stereotypes which might start to occur over time are slowly broken down and removed entirely. This leads to these kids treating each other as friends rather than something they are not allowed to communicate with. Moreover, this also can help end gender stereotypes around sports and that only men can play. This stereotype has already ended in Soda at least for judo, where there are also female judo students, with one competing in the state level.

Reactions to the program were positive by each and every person we had the chance to show the idea to regardless of their age, including the main presentation to the village at the end of the project. Although my team-mate and I will not be present for when the program gets pushed further into development in a months’ time by someone else, from the bottom of my heart I hope the program is a major success.

My time in Soda was something that I will never forget. It wasn’t the big moments such as the presentation to the village, nor the Independence Day assembly at the school which made my travel worth it. It was the small moments. The kids calling out your name on the street as they spot you walking around the village after spending a day playing hand games with them earlier. The reactions you would receive from people when you would say “Ap ke se ho” to them during your introductions. When someone in the village who was shy and reserved at the start of the program, slowly came out of their shell and even started learning my language and speaking it back. It was these moments, though small in comparison to the big picture, were special in their own manner. Although I could talk to people in Australia about the program and the great things we achieved during our time in India, it was these little flashes, those little instants, that will forever stay in my heart.

This was done as part of a three week volunteering program with Drishtee Immersion. 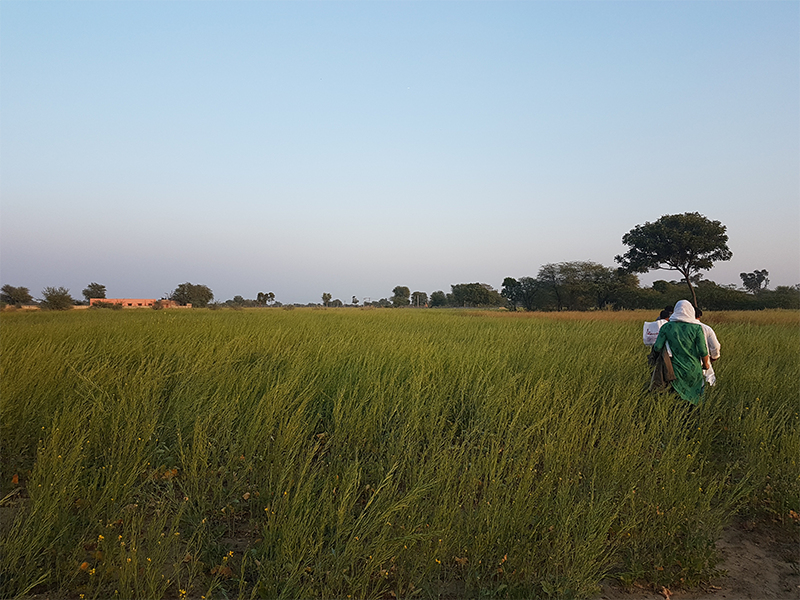