5 Things to do in Yorkshire, England While Sir Gary Verity, the man who brought the big cycle races to Yorkshire is in strife, the cyclists pedal on. This month, North Yorkshire is hosting the UCI Road World Cycling Championships which will build on the reputation it’s gained as a spectacular destination for cycling, beginning with the Tour de Yorkshire Grand Départ in 2014 and the annual Tour de Yorkshire, which began in 2015. The race is held over eight days from 21 – 29 September and will start in Leeds visiting Skipton, the Yorkshire Dales, Otley, Ilkley, Ripon and Buttertubs Summit before ending in Harrogate. The next annual Tour de Yorkshire will start on 3 May 2020, with the route to be announced soon. 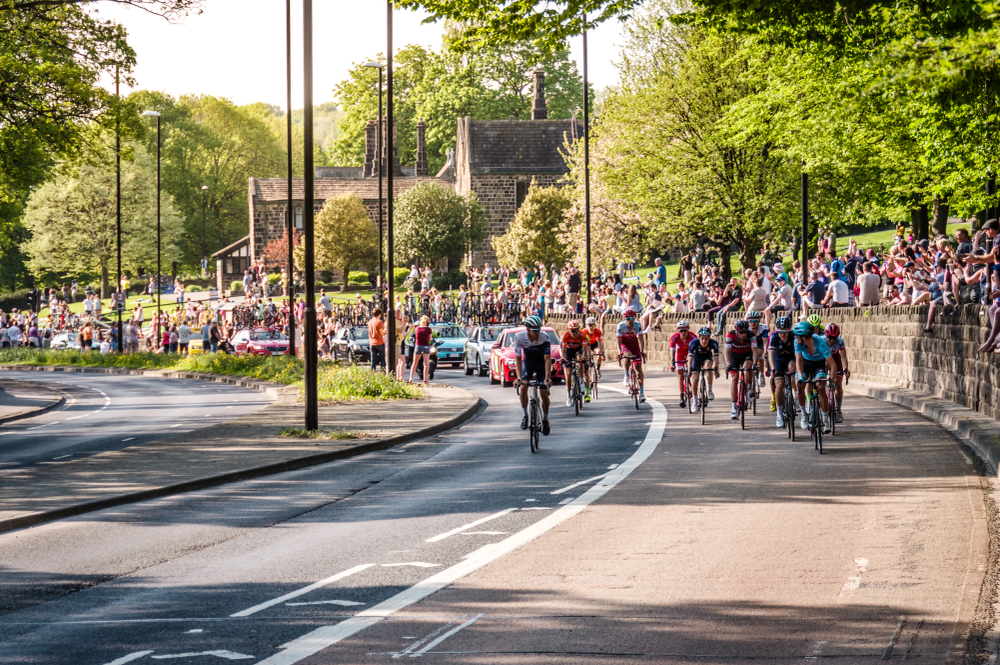 The most famous Yorkshire tea house is Betty’s Tea Rooms in Harrogate, celebrating its centenary this year. There are several others now, including a second in Harrogate, two in York, and one each in Ilkley and Northallerton. The main shop in Harrogate regularly sees queues of visitors. The tea rooms are popular for high teas, and they also serve favourites such as Yorkshire tea loaf, little rascals, fondant fancies and Victoria sponge.

Yorkshire has a number of stately homes to choose from but we’d recommend Castle Howard in York, North Yorkshire and Harewood House, Harewood, Leeds. Castle Howard is the setting of the Brideshead Revisited series from 1981 which brought Jeremy Irons to the world’s attention and was again used for the 2008 movie remake. Author, Evelyn Waugh, based the story on a real but very different house – but Castle Howard will always be Brideshead for most fans. Home to the Howard family, the 300-year-old property is outstanding in terms of regal buildings. The grounds are magnificent and the paintings, tapestries, sculptures, chapel and other features are simply breathtaking, in particular, the Atlas water fountain in the House foreground.  The castle has a dome which burned down in the 1940s but was restored 20 years later, and this stunning piece of architecture is central to the home’s stately silhouette. Harewood House is very different. It is home to the Queen’s cousin David Henry George Lascelles, the 8th Earl of Harewood. The home has an excellent downstairs display where the kitchens and workrooms of the downstairs staff can be observed. The remarkable garden, designed by an English landscape architect, Capability Brown, also boasts a bird sanctuary which includes flamingos, penguins, macaws, Australian black cockatoos, white owls, and a range of other rare birds. The interior of the home is also rich with paintings, royal photographs, stunning tableware, tapestries and currently there is an exhibition of the craftworks of the area which are tastefully incorporated into the house itself.

Find the location of your favourite TV shows

Yorkshire produces some great drama, and driving through the towns you see a lot of familiar sites. Halifax has Shibden Hall, the home of Anne Lister of Gentleman Jack fame. The home has a Tudor frontage but has been modified by many residents. Not only is it the site of the exteriors and interiors of Gentleman Jack, but the Estate Worker’s Cottage in the Folk Museum was also featured in Mike Leigh’s 2018 film Peterloo.

Yorkshire’s Back in Time for Tea was filmed in Low Moor, Bradford and with some help from locals, you can easily find the house. Last Tango in Halifax, Happy Valley and DCI Banks are three other Yorkshire favourites that film around the place.

Yorkshire is rich in historic abbeys – the first that comes to mind is Whitby Abbey.

An imposing structure on the east coast, Whitby Abbey was a seventh-century Christian monastery that later became a Benedictine abbey. The Benedictine abbey thrived for centuries as a centre of learning. This second monastery was destroyed by Henry VIII in 1540 during the Dissolution of the Monasteries. The size and scale of the ruins are magnificent and well worth a visit to the town. Other abbeys of renown are Rievaulx Abbey and Fountains Abbey. Rievaulx Abbey which was also destroyed by Henry VIII was a former Cistercian abbey set in a remote valley in the North York Moors National Park near Helmsley, and is one of the most complete and atmospheric of England’s abbey ruins. Fountains Abbey was founded in 1132 by 13 Benedictine monks from St Mary’s in York and also later destroyed by Henry VIII.  It is one of the largest and best preserved ruined Cistercian monasteries in England that’s rich in history.