Melbourne, lick your way through our guide of the best ice-cream and gelato!

Whether you like to lick, suck or even bite – there’s always room for a scoop or two of the freshest, creamiest and most flavoursome gelato around.

From fruity sorbets to decadent chocolate, here’s our guide to the six best ice-cream and gelato shops in Melbourne of 2022! “Step into a world of scrumptious wonderment.” North of Melbourne’s CBD, Augustus Gelatery is the one gelato shop where dreams really do come true! Combining artisan gelato with childhood fantasies to create marvellous flavours, regardless of your age, each lick will have you unravel a distinct flavour sending your taste buds into overdrive. Start your adventure at Augustus Gelatery with Strawberry Cheesecake followed by Tiramisu. Cannoli and gelato lovers can finally unite with Il Melograno’s range of gelato filled cannoli! Open from breakfast through to dinner, Il Melograno is the perfect stop for an authentic Sicilian meal or a casual scoop of gelato (or two). Visit one of their Melbourne CBD venues and start with their Pan Fried Gnocchi followed by a Gelato Espresso Martini and then finish up with a scoop or two of their delicious Kiwi and Passionfruit Sorbet with Fior di Latte. Get churning in! Gelateria Primavera uses traditional gelato-making techniques to experiment and create delicious, modern flavours of one of the world’s most loved desserts – gelato. Steering clear of additives and unnatural flavours, Gelateria Primavera uses seasonal fruit and the highest quality ingredients to make mouthwatering, ever-changing gelato concoctions all stored in traditional pozzetti containers. One of the best gelato shops in Melbourne, we recommend the Salted Coconut and Mango or the White Chocolate and Dried Raspberry! Since 2004, Miinot Gelato has been officially titled as being the first authentic Artisan Gelateria in Melbourne’s Inner North West. With up to 18 flavours available at any given time, visitors can expect mouthwatering concoctions thanks to their traditional gelato making methods. Using local ingredients as their source for their flavours, there’s no doubt that each lick will have you tasting the freshest seasonal and natural ingredients. With new flavours almost daily, try your luck with Cannoli, Baciotto or Caramelised Fig. 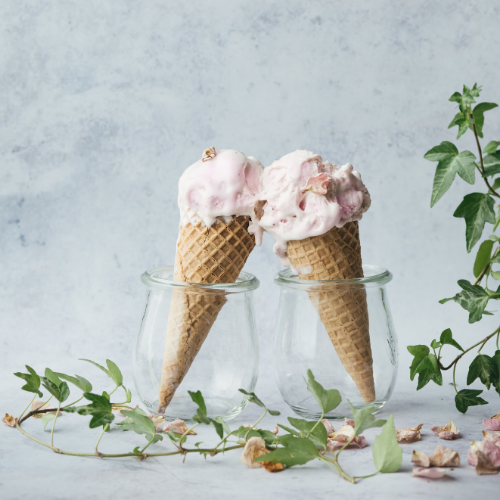 Translating to “little ice cream shop”; ironic to its name, Piccolina Gelateria is far from anything small. Using traditional gelato-making methods and recipes with the highest quality of ingredients used, the 100 per cent, all-natural, handmade gelateria has a wide selection of flavours, gelato cakes, takeaway tubs and much more. Plus, they are even available on UberEats! We recommend their cult classics Better than Nutella, Passionfruit or Choc Brownie (with 70% dark choc) in a cone.

Studying at the Carpigiani Gelato University in Bologna, since Pidapipó’s opening, it has risen to be titled as one of Melbourne’s best gelato shops. Using only the freshest of seasonal ingredients, gelato lovers will be tasting some of the creamiest, most flavoursome gelato around town – and thats all thanks to their daily gelato-making practices and traditions! Lick your way through their Mojito, Passionfruit Curd and Meringue as well as Banana Milk.

Looking for more sweet treats? We recommend you visit one of Melbourne’s 9 Best Patisseries and Cake Shops. Or, sip your way through something sweet with our guide to the 10 Best Bubble Tea Shops in Melbourne’s CBD.

This article was first published on December 19 2018. It was updated and edited by Hunter and Bligh on December 06 2021.