Coeliac disease – we’ve all heard about it, but what do we really know?

The majority of Australians will have heard about the coeliac disease in some capacity, usually in relation to a gluten-free diet. However, there is a cloud of mystery surrounding the disease, what the symptoms are, and what it means for those that are diagnosed.

In the spirit of Coeliac Awareness Week, coming up this Friday 13 – Saturday 21 March 2020, we wanted to lift the lid on the disease that affects 1 in 70 Australians and smash some of those pesky myths you may have heard.

Despite the high rate, only 20 per cent of those with coeliac disease have been correctly diagnosed. That leaves a whopping 80 per cent living without a diagnosis of their symptoms. There are many symptoms that can point to Coeliac disease with symptoms varying from person to person; gastrointestinal issues, fatigue and vitamin deficiency. Coeliac Australia urges those who think they might be at risk to take their online assessment.

Now let’s break down those myths and give you the facts.

Myth: You have to cut out all alcohol.

Fact: All alcohol is gluten-free with the exception of beer. This means anything from bourbon to tequila, sparkling wines, spirits, port, sherry and even cider, in moderation, is safe as part of a gluten-free diet (thank God!). Unfortunately, listing ingredients on alcoholic products is not mandatory. For those missing beer, gluten-free options are also available in Australia, including the likes of Hahn. Otherwise look for Billabong Brewing, Two Bay’s Brewing and Wilde Beer gluten-free beers, which are all endorsed by Coeliac Australia.

Fact: Regardless of whether they are marked ‘gluten-free’ or ‘wheat-free’, oats are not suitable for a person with Coeliac disease. Under the Australian Food Standards oats are not allowed to be labelled ‘gluten-free’ in Australia. So, no porridge or ANZAC biscuits for your coeliac friends, okay? 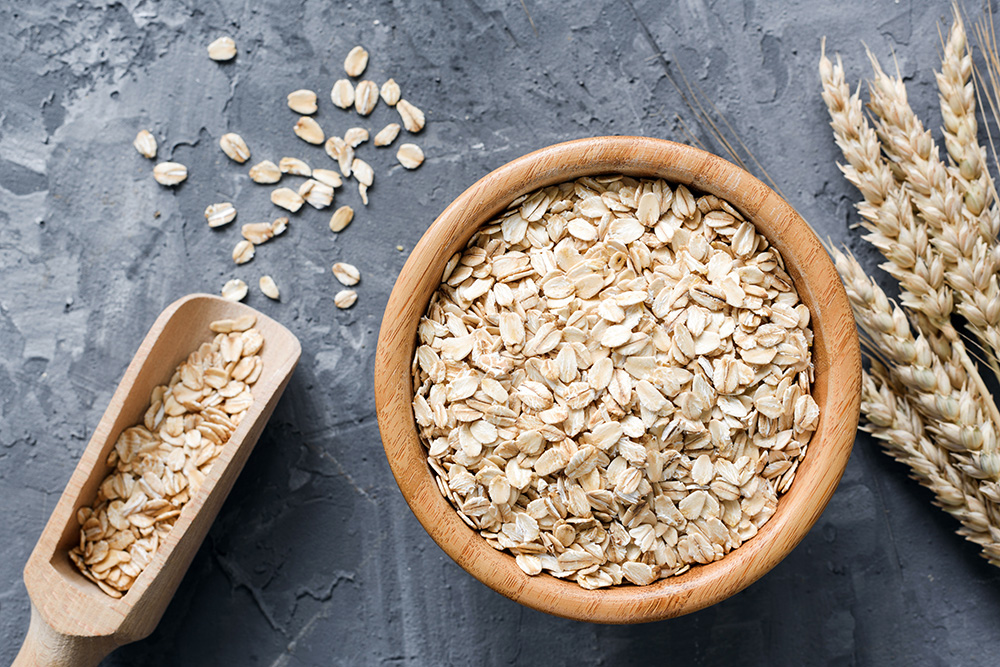 Oats are not suitable for Coeliacs. Image purchased.

Myth: A little bit of gluten is okay.

Fact: A little bit of gluten is NOT okay for people with coeliac disease. As little as 50mg gluten (essentially a bread crumb) is enough to cause small bowel damage to a person with coeliac disease. Even if the person only has mild physical symptoms their small intestine is being damaged every time they eat gluten.

Fact: Spelt (a type of wheat) contains gluten and should be avoided by those with coeliac disease. Some of us get excited when we see spelt muffins or pasta, but resist the urge, it’s not safe for coeliacs.

Fact: All fresh unprocessed meats, animal milk products (milk, cheese, butter etc.) and eggs are naturally gluten-free and suitable for those on a gluten-free diet. The presence of gluten in an animal’s diet does not result in gluten being present in the meat, milk or eggs which they produce for us to consume. Grain-fed animals are safe to eat for Coeliacs. Image purchased.

Coeliac Awareness Week is an annual event held by Coeliac Australia between 13 and 20 March. Its aim is to increase public awareness of the disease and to improve the rates of testing and diagnosis by medical professionals.