Patricia Cornelius is one of Australia’s most awarded and celebrated playwrights, with a catalogue boasting over twenty-five published plays, as well as several novels and screenplays for film.

Now, after a sold out season at this year’s Sydney Festival, Cornelius’ latest project, SHIT, will return to Sydney for two weeks before heading around the country. Directed by Susie Dee, SHIT is a compelling, raw and powerful play that examines the intersections of class and misogyny in the space of one provocative sixty-minute performance.

I sat down with Patricia ahead of the show’s upcoming run to talk about her background, SHIT’s creation, and the current challenges playwrights face in Australian theatre today. Cornelius started working in theatre in the early 1970s. Originally planning to become a drama teacher, she went straight into university after finishing high school, starting out as an actor before she began to discover her talent for writing.

“I didn’t call myself a playwright for quite some time, I was fairly shy of it,” she says.

Once she began writing, however, Cornelius was drawn to the theatre and wanted to start creating her own original work to add to the form.

“Theatre is like my first love. There’s something so immediate and extraordinary about it. It’s live, it’s open to mistakes, and open for development.

“There’s just something so vibrant and gorgeous about the real experience, and working with actors so closely is such as pleasure.”

The idea for her latest play, SHIT, was born out of a collaborative project between Cornelius and several other theatre-makers. The project explored the theme of ‘women in incarceration,’ and Cornelius began writing dialogue for three characters, which would eventually become the core of SHIT.

“They’re women that you don’t like, and that’s a fantastic talent for a playwright, to develop characters that have to win the audience over.”

While her continuation of this project into a fully-fledged play was largely driven by her interest in exploring societal perceptions of women, Cornelius says she was also concerned by the lack of substantial, provocative female roles in the theatre landscape.

“It felt timely to kind of fight back against that by bringing [SHIT’s characters] into the space in a really vibrant, really difficult way. They’re women that you don’t like, and that’s a fantastic talent for a playwright, to develop characters that have to win the audience over.”

SHIT, according to Cornelius, is not so much about the women it features as it is about women in general. The play explores the expectations and perceptions of women in our society, confronting us with our own prejudices and the systemic issues that allow for inequity to flourish. 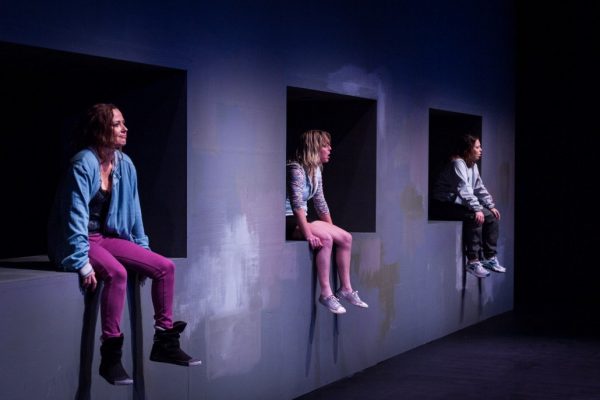 “We’re looking at pretty dreadful women here, there’s no doubt about it, and of course we really demonise characters like this – but always, one also has to ask: how come?

“The characters in SHIT are women that are forsaken, they’ve gone over the edge – and we’ve allowed it.”

SHIT certainly falls neatly into the framework of Cornelius’ previous plays, in which Australian society is a key focus. Many of her earlier works (SLUT, Savages, The Platform), explore themes of poverty, youth, misogyny and class dynamics, and aim to give a voice to largely under-explored or misrepresented groups.

“Anywhere I can, I will say that the world is not as it is portrayed on our stages. The milieu is always the same, either ruling or middle class, and it’s very rare that we explore working class,” says Cornelius, speaking about her strong class politics.

“We think we’re a decent society, but we’re not. The inequity is appalling, and that really fuels me.”

“Our stages are generally white, and just because you have an actor of colour every once in a while, you’re not really changing that.”

Cornelius says that while SHIT draws its focus from questions of sexism and class, these are not the only areas where she sees a large gap in representation.

“It’s the same response I’d have if you asked about the diversity. Our stages are generally white, and just because you have an actor of colour every once in a while, you’re not really changing that – and the same thing goes for class,” she says.

“There is a storytelling that’s really only in response to a very small number of people in our world.”

According to Cornelius, women are one of the many groups that have felt this underrepresentation so strongly, and isn’t optimistic about the near future of women’s work in the male-driven theatre landscape.

“There’s a little breakthrough at the moment, and there does seem to be an appetite for women’s stories and major female protagonists . . . but it’s all happened before,” she says.

“Then, all of a sudden, [women] drop out of fashion. I don’t think this is a fundamental change; they’ll be a backlash against women’s work again.

“So all I can say for the women writing out there is go for it – because it won’t last.”

In the meantime, Cornelius hopes that SHIT will open up discussion about women, and showcase the kind of challenging and exciting work female theatre-makers are creating right now.

“Walking out of the play, I hope that there’s a sense [for the audience] of looking at the world anew; that people understand and consider that the world is a difficult and complex place,” she says.

“I hope that their empathy is enlivened.”

SHIT opens this Tuesday July 18 at the Seymour Centre, and runs until July 29. Get tickets here.