The nights are getting longer, the days are getting colder; it’s time to stock up on these warming winter brews…

When the summer sun is blistering, there’s nothing we love more than to sink a cold one whether it’s in a glass, bottle, can or even a shoe. But, when the day itself is a cold one, it can be easy to begin turning your back on the humble Aussie brew in favour of a fiery whisky or a hearty wine. Thankfully for when winter comes around, we’ve found 11 reasons for you not to abandon your favourite local craft breweries with a host of toasty ales, stouts and porters to warm you up.

Keep reading for the 11 best Australian winter craft beers which we just know you’re going to froth over. This West Australian brewery explain that their aim is to brew beer for beer lovers, the old-fashioned way. But we’re sure they could convert anybody into a beer lover with their Smoked Porter Dark Ale. Rounding out its gentle bitterness with a classic malt flavour, its boasts a subtle hickory flavour on top to add a complex and unexpected character to every sip. Sensational. There’s nothing that will keep you toasty quite like the rushing warmth of spicy ginger mixed with fiery alcohol – think Fireball, but drinkable. This is where Botany Bay brewers, Hairyman come into play. They’ve just announced the release of their brand new Pop Ginger Ale, a heavenly hybrid of smooth ale and effervescent ginger, bound to keep you glowing from the stomach out. 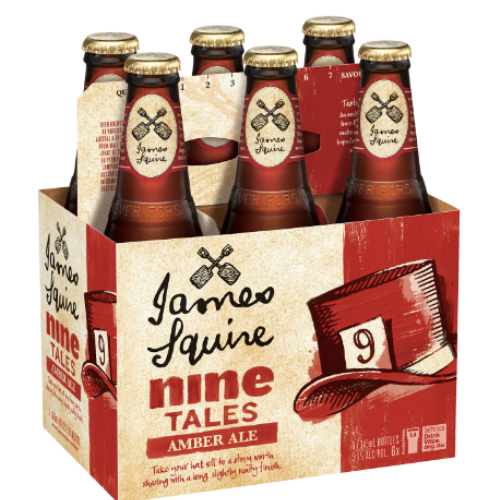 This English brown ale from one of Sydney’s most famous names in beer offers a full-bodied and malt-driven brew. Look out for a toffee-caramel sweetness and a nutty finish, balanced out with citrus hop notes. It’s lighter than a stout but still has that warming depth which will tuck you in for the evening. Just because it’s winter, doesn’t always mean that you want to weigh yourself down with a hefty stout. In which case, let Western Australia’s beer saviours come to the rescue. Little Creatures IPA has an elegant hop bouquet, mixing spices and citrus to hit that beautiful sweet spot between refreshing and rich. Hailing from Mona Vale in Sydney’s Northern Beaches, these local boys are all about a “beer first, no shortcuts” approach to brewing. And boy you can certainly tell when you wrap your lips around their decadently dark, award-winning porter! It combines nine malts for a blend of chocolate, roast and caramel, but it’s still a little light and dry so you’ll have the energy to hit the slopes or your sofa, depending on your winter plans. Tassie’s most renowned brewery present their most famous beer yet – so it’s got to be good right?! Plus, you’ve got to be able to count on some Hobart locals to be able to concoct something warming. If you’re a fan of Guinness to warm your cockles, then you’ll have to try this one. Colloquially known as the velvet sledgehammer, it’s dark, silky, intense, and will knock you for one if you’re not too careful. Brewed proudly in the Adelaide Hills, Prancing Pony won the World’s Best Beer in 2016 with this intense hoppy number. Full-bodied yet balanced between bitterness and fruity flavours, like all their beers, it’s brewed ‘all grain, all hop’, which means they take beer-making back to the basics and let the craft of the brew shine through. This limited-edition maple imperial stout hailing from Sydney’s Marrickville is a whopping 12%, so there’s no doubt it will get you steaming. But the taste isn’t overlooked for the sake of the booze; it combines everything from roasting raisins, chocolate and a whole heap of maple syrup (so much that it will make any Canadian mountaineer scream with joy) all combined with just enough malt and bitterness to bring it all together. Invest in this one to impress your mates. We present to you Australia’s first female owned brewery located in Spotswood Victoria – Two Birds Brewing – the trailblazing brewery to back this season. Trust us, they’re worth it; just try this complex blend of nine different malts including grapefruit, pine and toffee (if you can imagine it). It’s a rich inviting beer with a light and roasty finish- the perfect accompaniment to those early winter sunsets. As you can imagine from its name, this rich beer from Newtown’s Young Henrys is smooth, slick and velvety. A hoppy porter, it was originally brewed as a limited-edition back in 2017, but after popular demand, it’s back as their seasonal offering. Ignite your taste buds with this winter warmer. Based on Queensland’s Sunshine Coast, Your Mates Brewing Co. is all about that true-blue Aussie value of mateship. Basing each brew on an iconic friendly character, winter sees Donnie, the dark horse of the range and an even darker beer take centre stage. Strong and silent, it mingles espresso coffee and smoky tones together in a rounded and full-bodied beer to keep you company through those long winter nights.

Want more beer inspiration to get your through the colder months? Let us introduce you to Craft Cartel, Australia’s best craft beer delivery service, or if you’d like to try something completely new, try a taste of these Peroni beer cocktails.