The 12 Best Beaches in Australia for Summer 2022 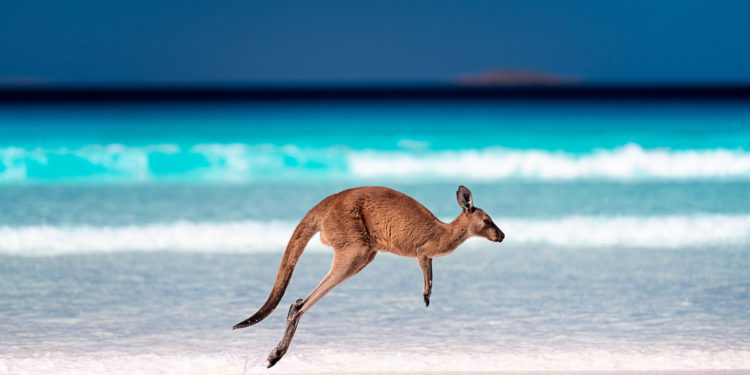 Take a well-earned dip at some of the most beautiful beaches in Australia!

Whether you spend your day diving through the waves or stretched out on the sand, most Australian beaches will do. But that’s over 12,000 beaches to choose from!

Thankfully, we’ve done the hard yards and narrowed down the list of Australia’s top 12 beaches for summer 2022. So pack your towel, rub on some sunscreen, throw on some togs, and let’s find paradise! Hyams Beach may not be the whitest beach in Australia, but it’s definitely one of them. Also, it is closer to visit for Sydneysiders, since Australia’s officially whitest beach is in Western Australia. White sand also means pristine water, which is exactly what Hyams Beach offers. Pull out the beach towel and catch some rays, throw on some togs and have a dip, or simply snap pics for your Instagram fans. Whilst you’re here, be sure to fill up that belly of yours with a visit to one of the local diners – nothing is better than supporting your regional businesses! Ask any tourist what the best beach in Sydney is and they’ll surely say Bondi Beach. But, if you ask a local, we’d more likely recommend Manly Beach. For one, there’s more sand to plant your bum on, which means you don’t have to stress about getting there early for a good spot. For another, getting there is half the fun! Hop on a ferry and enjoy the beauty of Sydney Harbour, then grab a hearty lunch at one of the many eateries on your way to Manly Beach. From our experience, it makes for a great self-care day.

The Best Beaches in Tasmania: Wineglass Bay Beach is literally named for the distinctive shape of the sandy beach, which you can soak up in full view before you reach the waves. It’s a two hour walk from the carpark, which includes two lookouts: One for Coles Bay to the North and the other to the south, showcasing the gorgeous Wineglass Bay. And, despite the prestigious look of the beach, you can walk all the way down and actually swim there. Of course, the beach is unpatrolled, so take extra care while swimming there. You can also continue your hiking and visit Hazards Beach on the opposite side of the peninsula.

The Best Beaches in Victoria: Image by Benny Marty via Shutterstock.

Minutes away from the Twelve Apostles, Gibson’s Steps beach is a natural wonder in itself. The beach is beautiful, where orange sand meets blue water, but it is the two jutting rocks, named Gog and Magog, that make it famous. The rocks are best viewed from the observation platforms at the top of the long staircase that leads down to the beach. Gibson’s Steps is very popular for fishing, however swimming can be dangerous due to rips and waves. The hardest part about going to a popular beach is finding a spot to lay your towel. But, fret not dear reader, as 90 Mile Beach in Victoria has over 144 kilometres of beach to choose from. As expected, much of the beach is not patrolled by lifesavers, so take extra care if going rogue. To be on the safe side, Seaspray and Woodside offer surf lifesavers. For travellers looking for something more than just a spot to swim, the town of Golden Beach shares the remains of the Trinculo Shipwreck, which is just an iron spine sticking out of the sand. She ran aground due to bad weather in 1858.

The Best Beaches in South Australia: Ask any Adelaidian where their favourite beach near the city is and they’d likely tell you Glenelg Beach. It’s got everything you’d expect of a city beach, with plenty of sand to lay your towel, and enough eateries and bars nearby to start or continue your afternoon. And the best part is a longstanding jetty that makes for fabulous sunset photographs, which also includes an interesting history. Built in 1859, it included a lighthouse at the end, which caught fire 14 years later and was never rebuilt. Make a day of it at Glenelg Beach, with lunch, a swim and sunbake, a jamboree at The Beach House amusement centre, and perhaps a historical tour at the Discovery Centre. On the rugged coastline of Kangaroo Island in South Australia sits Vivonne Bay. Renowned as one of the top beaches in Australia, it looks as if it came right out of a postcard. With pretty blue water, a picturesque jetty and snorkelling opportunities, it makes for a grand addition to this list. The best part, though, is that you can camp nearby, or book yourself a holiday bnb at one of the local homes. There is also a general store up the road where you can buy all you need for an overnight stay or a weekender. As well as the beach, you can canoe along the Harriett River or bushwalk in the northeast area of Vivonne Bay.

The Best Beaches in Western Australia: Turquoise Bay is one of Western Australia’s most beautiful beaches, which is a competitive spot to be considering WA’s coastline is 10,194 kilometres long. As it is located in a National Park, the beach has been afforded a degree of protection, leaving it with crystal clear water and immaculate sands. Turquoise Bay has amazing snorkelling opportunities, as part of the Ningaloo Marine Park, which is home to Australia’s largest fringing coral reef. If you are lucky, you can spot octopus, stingrays or green sea turtles. Image by bmphotographer via Shutterstock.

The Basin has all the staples of one of Australia’s best beaches: from the clear blue water to the clean white sands. The Basin stands out due to the natural rock formations that form a swimming pool. A few steps along the shallow reef platform and you will be standing in a hole in the reef roughly the size and depth of a man-made swimming pool, only filled with crisp, refreshing ocean water. The Basin is accessible by ferry from four ports around Perth ($67.50 per adult).

The Best Beaches in Northern Territory: Northern Territory is not renowned for glorious beaches, and that’s thanks to deadly crocodiles and jellyfish that hang around the coastline. Despite Mindil Beach being one of the most beautiful beaches in Australia, we don’t recommend swimming here. There are plenty of pools in town to dip into instead. However, Mindil Beach is still a marvellous place to be during sunset in the dry months between May and October. It’s also during this time where the Sunset Markets take over the nearby park, featuring exclusive performances, plenty of shopping, and a smorgasbord of local feasting!

The Best Beaches in Queensland: Not only is Noosa a popular holiday destination thanks to its great shops and excellent restaurants; but it is also famed for its stunning beaches. The Main Beach has gorgeous clear water and gentle waves, perfect for children or those learning to surf, and is patrolled by lifesavers 365 days a year. Opportunities for swimming, snorkelling, standup paddle-boarding and surfing makes Noosa’s Main Beach a wonderful experience for everyone who loves the water. Image by Tanya Puntti via Shutterstock.

Whitehaven Beach is renowned worldwide as one of Australia’s most beautiful beaches, and it’s easy to see why with its pristine, soft white sand and stunningly clear turquoise waters. Part of the beauty of Whitehaven is that it is hard to reach, accessible only by boat, seaplane or helicopter from Hamilton Island or Airlie Beach (Snorkelling day trip to Whitehaven from Hamilton $149 per adult). Seven kilometres of unspoiled beach and crystal clear waters makes Whitehaven Beach our number one. The untouched nature of this mesmerising beach means you will have to pack your own food and drink, but few places offer such a picturesque spot for a picnic.

Looking for more beachy inspiration across Australia? Dive straight into the 12 Best Snorkelling Spots around Australia or if you need a drink after all that sunbathing, look no further than our list of the top 10 Beach Bars in Australia. Be summer ready with our list of the 10 Best Australian Made Sustainable and Eco-Friendly Sunscreen Brands.

This article was first published on November 23 2018. It was updated and edited by Hunter and Bligh on December 03 2021.