Cricket for Dummies: A Beginner’s Guide To Understanding Cricket

Whether you’re a total beginner or simply if you’ve ever wondered how cricket works, understand the game with this beginner’s guide to cricket.

Australia’s national sport can be confusing at times. We have all been left baffled at a decision, struggling with the rules, or even questioning what in the world is going on when watching a cricket game.

Thankfully, Hunter and Bligh will end all confusion with this easy to understand cricketing guide for dummies. You might even end up being the next Bradman!

So let’s start with the formations of the teams:

Next, what equipment do you need to play cricket?

Traditionally, cricket is played wearing pads and other various protective equipment to stop injury when facing the bowler. With cricket balls being bowled up to 161km/h (by some extremely talented cricketers) over a pitch measured only at 20.12-metres; protective gear is very important. Batsmen in kit. Image by Alfred Kenneally via Unsplash.

How do you score cricket?

The core to cricket is very simple. The batsman and bowler stand opposite each other on a strip in the centre of the field. The bowler bowls the ball to the batsman who must try to hit it.

If the batsman hits the ball, they will try and run to the other side of the centre strip (batting strip) where the bowler is. This is called a ‘run’ and they score one point for each ‘run’ they do before the ball is returned to the pitch.

Runs are also scored for bowling penalties called ‘extras’ which include:

How do the batsmen get out?

The batsmen have two main aims: to score as many runs as possible, and to stay in as long as possible.Once a batsmen is got ‘out’, he comes off the pitch and cannot bat again. 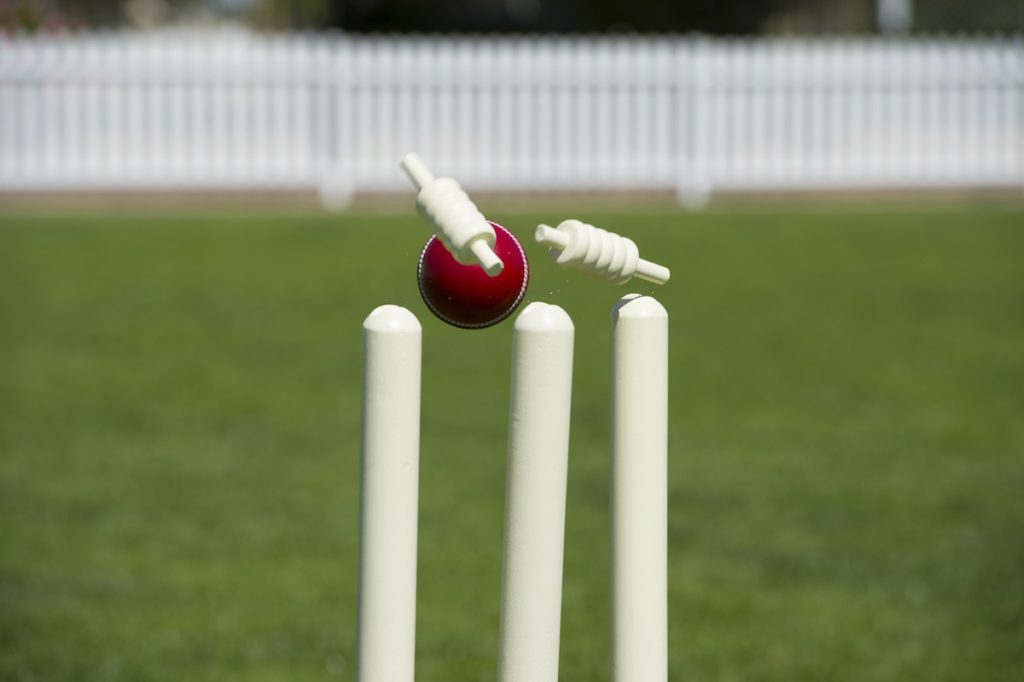 Bails fly from cricket stumps. Image by xshot via Shutterstock.

There are five ways in which a batsmen can get out:

How do you win a cricket match?

There are several different types of cricket match, and each one is won differently, depending on the format. But essentially, by scoring more runs in your innings (one round of 11 batters) than the other team.

What are the different types of cricket match?

What do the fielders do in cricket?

The bowler is supported by his team of 10 other fielders who work together to try and get the batsmen out. There are a range of set positions on the field which are used in different combinations to defend against runs. These can be some of the most confusing parts of cricket to understand, so don’t worry if you don’t understand it all right now. 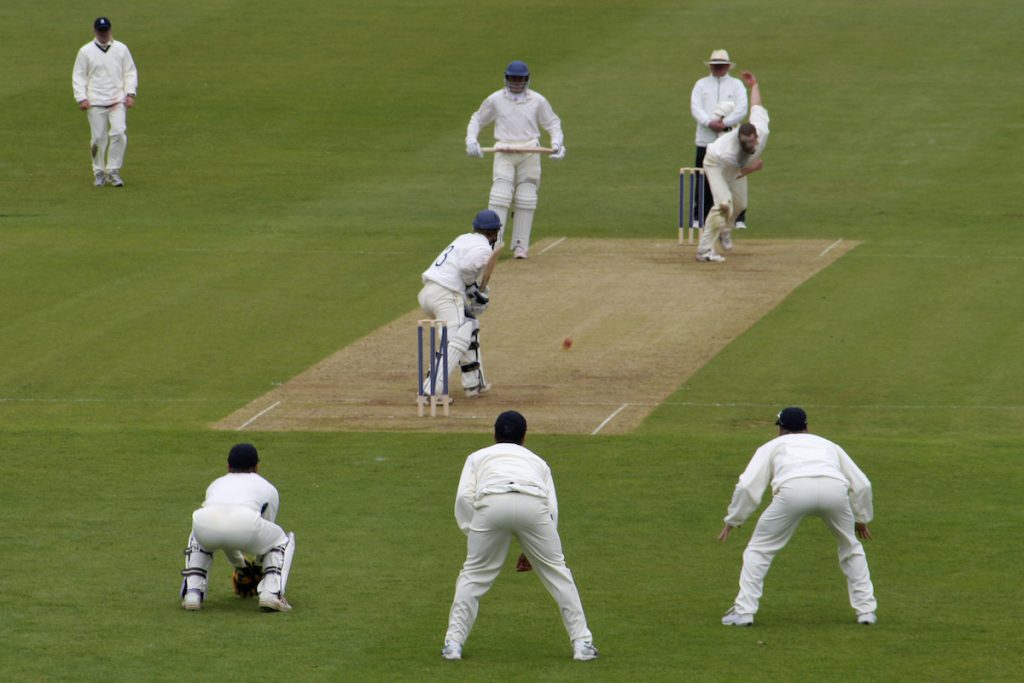 Cricket fielders in position. Image by Lance Bellers via Shutterstock.

Essentially, they are all working together to get the batsmen out as quickly as possible, having scored as few runs as possible.

But, it is important to know that fielding tactics are different depending on the type of match which is being played. Generally speaking,

So there you have it, you now have a basis of cricketing knowledge to impress any sporting fan. Just one tip, don’t talk about the Sandpapergate incident okay?

If you still don’t understand the difference between a batsmen and a bowler, then watch this video:

Want to learn more? Delve deeper into the world of sport with our lists of the top 10 sports documentaries. Or perhaps you want to test your knowledge by trying to name all 10 of these international sports stadiums.

This article was first published on October 10 2018. It was updated and edited by Hunter and Bligh on 16 October 2020.