The Incredibles 2 opens where the last one left us 14 years ago, with the Underminer (John Ratzenberger), robbing banks by burying the structures underground and sucking out the cash from the vaults with a big vacuum cleaner. Elastigirl (Holly Hunter) is stretching out to trampoline Mr Incredible (Craig T Nelson), Frozone (Samuel L Jackson) skates into the frame on pathways of ice, and the Dash (Huck Milner) and Violet (Sarah Vowell) are stuck babysitting Jack-Jack (Eli Fucile) in the fray. Almost immediately, amid this vibrant, creative display of a superhero battle, I felt a part of me wake up. It was as if, deluged by the multiple, structurally identical Marvel movies every year, I had forgotten how to enjoy superhero movies. Brad Bird’s The Incredibles 2, a sequel that never feels like anything less than a labour of love, reminded me of the genre’s potential and, somewhat depressingly, how far we’ve strayed from realising it.

The original Incredibles came out in 2004. It was a massive success and critically well-received, but it came out during Pixar studio’s peak creative period. Leading on from Toy Story 2 (1999), Monster’s Inc (2001), and Finding Nemo (2003), with WALL-E (2008) yet to come, Pixar was a studio that seemingly could do no wrong. The Incredibles never stood out to me because it was just another entry in a long line of smash hits that were shaping my love for movies as a kid. Now, with Pixar faltering and falling back on sequels that hardly seem warranted (Finding Dory, Monster’s University) and producing forgettable original material like The Good Dinosaur (2015), their track record is spotty. It’s why, to me, the sequel is such a thrilling and welcome entry in the superhero-saturated landscape.

Just as the original did, The Incredibles 2 balances family dynamics and American politics with superhero brawls and disgruntled supervillains. Still trying to lay low in a world that wants nothing to do with superheroes, Bob and Helen are approached by a fanboyish mega-rich investor named Winston Deavor, voiced by Bob Odenkirk with the right amount of childish enthusiasm, and his sister Evelyn (Catherine Keener), the brains behind the ideas Winston sells to the public. Winston wants to bring superheroes back, and he needs Elastigirl to help him. Bob’s approach, bashing down doors and breaking walls, is too messy.

This splits the couple apart for most of the movie, leaving Bob with the kids and Elastigirl hunting criminals with a camera sown into her suit, attempting to change the public’s perception of extraordinary types. The influences are familiar. There’s a touch of the X-Men franchise when Elastigirl meets a motley group of wannabe superheroes forced to hide their abnormal abilities, a little of Mr Mom (1983) with Bob’s fumbling attempts to look after the kids, and a recognisable trend of trying to make things relevant, with the villain The Screenslaver, who hypnotises people when they gaze into a tv screen. Despite the familiarities, no other movies have the fluidity of motion in Pixar’s animation, nor the snappy approach to sight gags that need not lean on pop-culture references. A simple visual gag has Dash about to tuck into his dinner, when Violet reminds him to wash his hands—he zips into the bathroom and back, when Violet asks if he uses soap, and he dashes back again. Bird and his team of animators use superpowers as storytelling devices, but also as everyday quirks. It’s something the first movie did, and this one doesn’t develop on it a whole lot, but it’s an infectious, joyful use of the genre’s conventions, one that seems hardly utilised in Marvel’s mythos-heavy, mundane view of superpowers.

The sequel differs from the original by lending the story to Elastigirl. She becomes an icon for women and superheroes, taking on the role with a kind of humbled disbelief, a mood perfectly matched to Holly Hunter’s youthful voice and understanding of how her character views her place in the world. 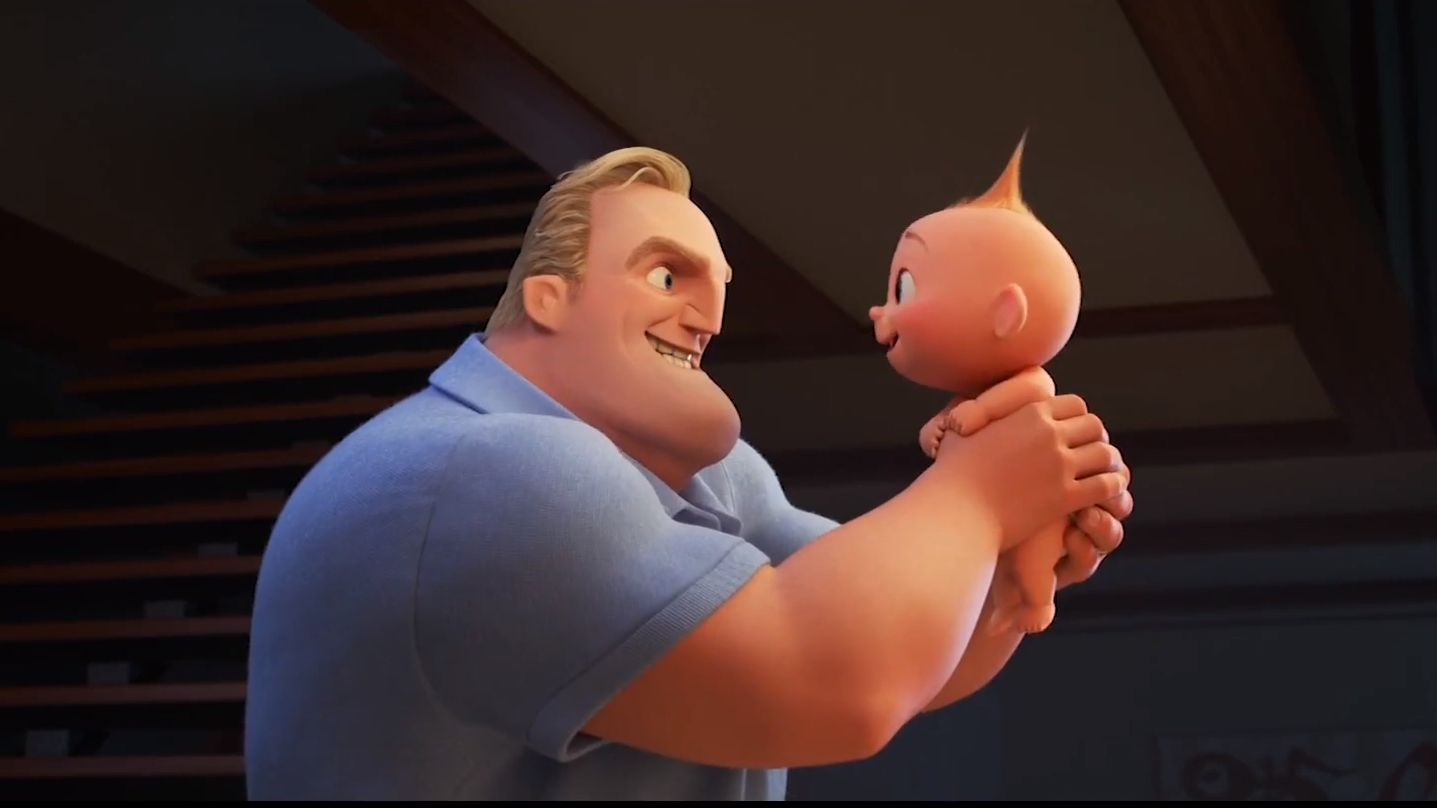 All in all, there’s not a whole lot that The Incredibles 2 does differently. It’s a case of how well it does something familiar, and with a graceful ease that rarely comes with hotly anticipated sequels. It won me over early on, perhaps because I was nostalgic, or perhaps because this, despite being a sequel, is really a superhero movie for everybody. It relishes in creating new characters and performing fan-service only in the sense that the first movie’s fans want this one to be great, too. It is.