The Girl in the Spider’s Web Film Review

A taught, entertaining thriller restricted by its own super-heroic ambitions

Some movies could be great, they just need a little more—of everything. The Girl in the Spider’s Web (dir. Fede Alvarez) gave me the sense that there’s a wicked, taught, nasty thriller held hostage in there somewhere, but it’s been gagged and bound and put behind bullet proof glass. Where it could be brutal, it’s tepid; where it could surprise, it amuses; instead of being sombre, it’s moody. That’s not to say there isn’t an entertaining couple of hours in here and a strong performance by Claire Foy that further proves she has no discernible limits to her range, but it’s frustrating to watch a great film trying to escape from a merely good one.

Continuing on from the immensely popular novels by Stieg Larsson, who, climbing the stairs to his apartment, collapsed all of a sudden due to a heart attack at 50 and never saw the success of his work, Spider’s Web is based a novel written by David Lagercrantz. It continues the exploits of Lisbeth Salander, vigilante hacker concealing trauma under a psychopathic exterior and determination to meet wrongdoers with wrongdoing.

The Swedish journalist turned novelist’s protagonist is a Hollywood staple as much as the damsel in distress is in fairy tales—it’s stupid, but we accept it and we have fun with it. What Lagercrantz, Alvarez and his two screenwriters do with Lisbeth, though, is, I suspect, where the film begins to suffocate: they seem unsure of how to develop Lisbeth’s character.

It opens similarly to the goofier and ultimately more rewarding The Equalizer 2 (2018), with Lisbeth working as a freelance hacker and vigilante. An abusive, slimy business-lookin’-guy has just smacked a prostitute across the mouth. She’s bleeding while he whispers a questionable apology. Unfurling the tension and mystique, Alvarez films in long, slow takes, first revealing the prostitute before we know who the guy is talking to, then revealing Lisbeth, black-clad, lighting a cigarette in front of a pair of angel wings.

It feels like this scene sets the tone for the movie Alvarez wanted to make. A talented, gung-ho director whose take on Evil Dead (2013) is a delightful bloodbath and whose follow-up, Don’t Breathe (2016) was a decent exercise in tension. Here, he shows his panache for the surreal blended in with the everyday. You might question how Lisbeth broke in to this guy’s apartment, or how long she’s been standing in front of that pair of wings, but you won’t get any answers—this shit just looks cool. 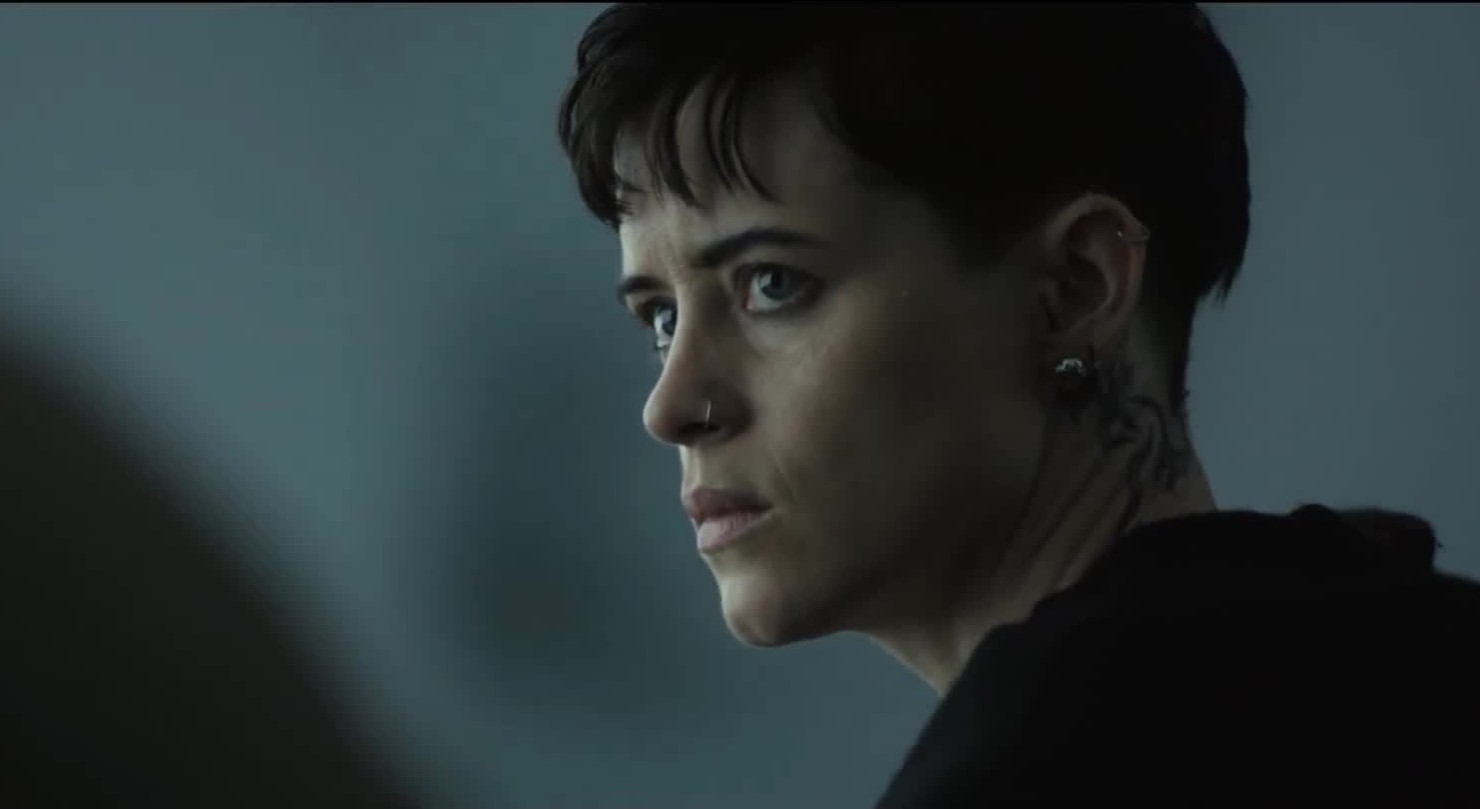 From here, Spider’s Web falls headlong into the plot and begins to craft Lisbeth as a superhero figure. Tied up in a plot about an orphaned chess-genius child, a code for dangerous weapons and a vengeful sister, played with peculiar menace by Sylvia Hoeks, Lisbeth is a superhero with issues—a little like Batman. Playing her, Foy dredges up internal trauma and wears it like a cracked mask across the hero’s face, but she shows few weaknesses throughout. Her computer hacking consists of firmly slapped keys on a laptop resulting in cataclysmic structural changes to her surroundings, while her ability to outsmart those trying to outsmart her makes me think the character read the screenplay before living it.

There are compelling scenes, outside of the opener. A fight scene in a tight bathroom has Lisbeth cracking porcelain, although it falls short of Equalizer’s brutality or the finesse of Mission Impossible: Fallout (2018). Cinematographer Pedro Luque shoots everything in that catch-all, steel-grey colour palette we’ve come to expect from any Hollywood project set in Scandinavia, but there are beautiful shots of jagged cliffs and blankets of deadly snow. Roque Baños and his orchestra conduct an emotive score threaded expertly throughout the film, although it lacks a powerful refrain. This movie seems to be gunning for a franchise and a new hero to back, but it needs its own James Bond or Mission Impossible musical refrain—don’t let us forget it.

The anti-franchise critic in me balks at the idea of yet another extended universe, but I’m interested to see where this spin-off spins off to next. The idea of a steely, tech-savvy murderer doling out vengeance and sitting alone at clubs, moodily smoking cigarettes, is an iconoclastic figure I want to watch. I just hope they can take the superhero costume off, let this franchise breathe a little.