The Hunter’s Weekend of Sports – 8 Mar

It’s that time of the week again.

As March marches on, and the weekend approaches, it’s time to take a second and breathe.

Actually, scratch that. Strap yourself in and hold on tight as we speed head first into another weekend of non-stop sports. From Friday through to Sunday, you won’t have time to think in this onslaught of sporting goodness.

Below, the Hunter gives his preview of the upcoming action-packed weekend of sports, giving some tips, tricks, and picks he knows will help you through the weekend.

What a stellar week it’s been. On Monday – the Sharks v Blackhawks hockey game proved to be everything I expected and so much more, being decided by a third period 3-goal show from the Sharks. On Tuesday we saw the Clippers edge the Lakers by 8-points despite being 2.60+ underdogs (It would have taken a real sporting genius to predict that), as well as the spurs beating the nuggets by one point despite the nuggets’ best efforts at a fourth quarter comeback. A little closer to home, the Australian women’s football team (The Matildas) lifted the trophy in the first ever cup of nations off the back of a 2-0 win over the Argentina women’s team on Wednesday. We also saw a couple of great ODI’s over in India, and an absolute embarrassment of the Bangladeshi team at the hands of the BlackCaps in test cricket. This weekend has a lot to live up to compared to the rest of this week, but we have some great matches ahead – and I couldn’t be more excited.

As always, in this column, I’ll explore what Australians can look forward to in this weekend of sports – focusing on a different sport for each day – and provide the tips that I feel most confident in based on my research, analysis, and expert intuition.

This has been one of the greatest NBL seasons in recent memory. We’ve seen a record number of OT games, a season that revitalised Bogut’s NBA career, and some of the best PG performances in Australian basketball history from Randle, Ware, Trimble and Cotton. But now it comes down to just two. Starting Friday night, Perth will face defending champions Melbourne in a 5-game series for all of the glory.

Winning the first game of the series is absolutely critical to both teams as they look to start the finals off on the right note. Perth have the home advantage, and are notoriously difficult to beat at the Perth arena. Melbourne came so close in their regular season fixtures there, and (if not for a couple bad ref calls) could easily have won in Perth during the season. But it’s the playoffs now, and the wildcats will come out with something to prove. Having lost the first quarter in eight out of their last ten games against Melbourne – Cotton and Whiteside will need to score early to ensure they have a lead to defend against the relentless shooting of Ware and Goulding (last years’ finals mvp). It’s the finals now, so both teams will leave it all on the line, but not having to trek across Australia should serve Perth well in defending their home advantage – and this game should see them to a series win. The rugby season is now well and truly underway, and somehow the Australian teams aren’t playing as badly as usual this year? Scientists are yet to understand why this is the case. It’s still early days, maybe they’ll fall back into their woeful ways in due course. But we might as well enjoy it while it lasts. 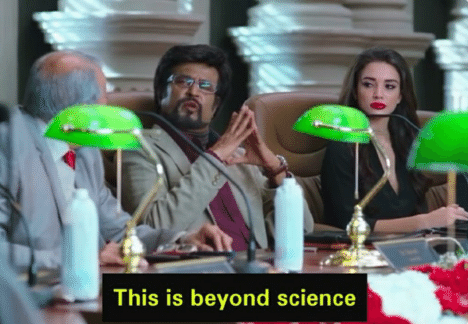 Speaking of Australian teams, on Saturday night we have a great match between the NSW and Qld – a posher state of origin in a way. The Tah’s come into this game off of a solid display in Japan against the Sunwolves, and a narrow defeat against the Hurricanes at home. The Reds are yet to win a game but, having faced the Highlanders and the defending champion Crusaders, we can’t really blame them. The Waratahs have won 9-straight games against the Reds, and while Queensland still struggles to figure out how to best structure their young backs, I can’t see them bucking the trend here.

Ok, this game is technically on Monday morning, but it’s a fixture far too juicy to not be covered in this piece. The gunners face the red devils at home in a battle for table position and footballing pride. Currently, only one point separates these two teams on the ladder, so a win for either team will have massive repercussions on champions league placing. United will be riding high off of their last-minute penalty that sent them through to the champions league quarterfinals, and Arsenal will be weary from their late week Europa fixture in France against Rennes.

The two teams don’t have much between them, and this game could truly be one for the ages. Each team has gone four games without a loss, and both have scored in six of their last seven fixtures against each other. Arsenal does have the home advantage but having to play a game later in the week will certainly take its toll – especially when the average age of the United squad is just 25.29. The two teams are hard to differentiate (they even have the exact same average fouls per game at 11), but United have the advantage of an extra days’ rest. I’ll have to go with the away side here – but don’t be surprised by a draw.