The Hunter’s Weekend of Sports – 7 June

For so many leagues and cups, we’ve hit the end of the road. The French Open will close its doors this weekend, the NBA and NHL are so close to being over and we’ve finished European football, it really feels like everything is being wrapped up with a nice little bow.

Thankfully, as one door closes in the sporting world, another 20 open. Kicking off this weekend is the Women’s World Cup (Soccer), the Cricket World cup is well underway, and plenty of other leagues and cups around the world will reach a new level this weekend. There’s never a dull moment for a fan of all sports. 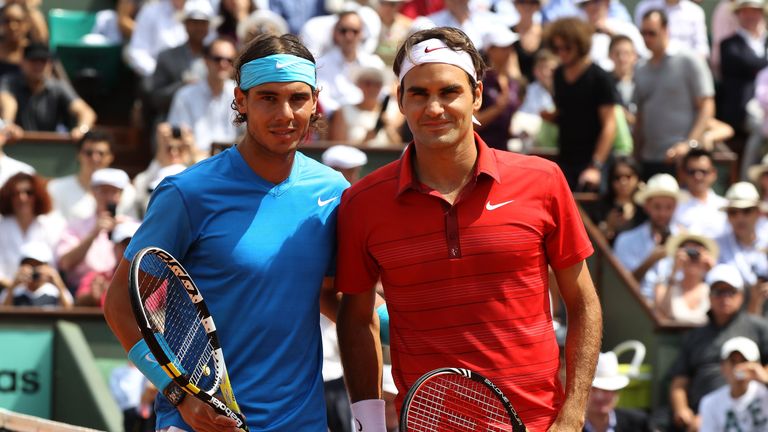 Tonight, the two greatest players to ever grace the court face off once again in a contest for the Roland Garros final berth. The King of clay will defend his title against the GOAT, and the whole world will tune in to see who takes home the bacon.

While this might point towards an even matchup between the two, one statistic that tilts the scales in Nadal’s favour is the pair’s record on clay. In the 15 times they’ve met on the surface, Nadal has won 13 (and is 5-0 at the French Open). This absolute dominance over the surface is what led to the comical “battle of the surfaces” match that took place between the two players.

Come this semi, I don’t think it’ll play out much differently. While both players are certainly older, the fact still remains that Nadal on clay is utterly transcendent. He’s been virtually unstoppable this tourney, and I don’t think Federer is up to the task.

Nadal should win this duel with relative ease on his way to another title. 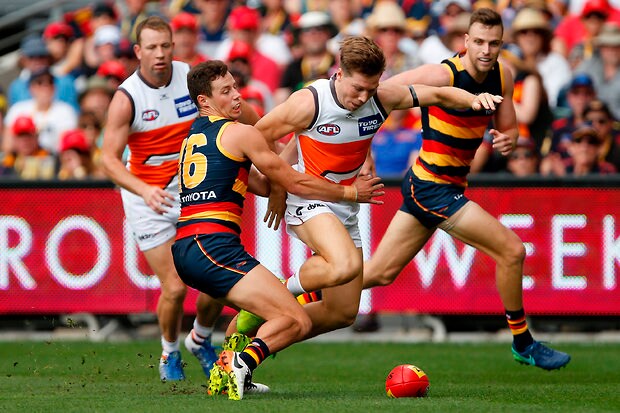 On Saturday we venture to Australia’s city of churches, where the crows are set to host GWS in a top 8 battle that’s sure to have it all.

The Crows currently sit down in 8th on the ladder – with GWS in second – but that by no means says that this will be an easy game for GWS.  Adelaide have been relatively good at home, losing just three all season on their local turf, and will be riding the high of their last-second victory away against the Dees last weekend.

GWS are going to pose a tough challenge though, don’t get me wrong. The Giants are looking more and more like a championship team with every round that passes. They have won three on the trot now, including two by 90+ margins (that isn’t a typo). Jeremy Cameron has been kicking goals like there’s no tomorrow – leading the whole AFL with 38 – and isn’t showing any signs of slowing just yet. Finlayson isn’t far behind the pace either, sitting 8th in the AFL for goals.

The way I see this going down, Adelaide will fight (this won’t be another 90 point blowout for GWS) but will ultimately fall short under the immense Giants offence. GWS will be kicking goals all day, and the Crows won’t be able to keep up. For the end of the week, the stars of Women’s football come out to play, as we witness one of the opening matches of the FIFA women’s world cup.

This is a tournament that could be massive for Australia. Along with having one of the more talented teams in the country’s history, this tournament coincides with Australia launching its bid to host its own Women’s World Cup in 2023. A decent performance in the tournament could be enough to tide over the selection committee and ensure the next World Cup is played on Aussie pitches.

With that being said, the Matildas will have another goal in mind – just winning the damn trophy. Sam Kerr is a generational talent, she’s poised to lead the women through some tricky games, and they’ll be hoping beyond hope that their wins start against Italy in the group stages.

Brazil are also in Australia’s group, so to walk away from the Italy game with a win would go miles to protect their World Cup campaign should they fall against the South-American powerhouse.

But beating Italy won’t be easy. They remain unbeaten in their last 9 games (not including the penalty loss to PKR) and will also be looking for blood against Australia – with the same intention of using a win here to ensure themselves against a Brazilian loss. The Aussies will have to fight hard for the full 90 min if they want a shot.

Now, it’d be wrong for me to tip against the Aussies, so I’m going to tip them to win here, and once again hope that, by some magical cosmic force, this tip creates a reality where the Aussies do win – cause I think everyone would love to see the girls make a charge for the trophy.