The Hunter’s Weekend of Sports – 5 July

Winning isn’t everything – it’s the only thing.

With that famous quote from the great Vince Lombardi, we kick off today’s column – where winning is the only thing. We’re in an exciting time for the world of sports, there are some huge finals on over the next few weeks, and I’m more than excited to see how it all plays out. From rugby to football, to the biggest tennis tournament on the planet, it’s all going down right now. So let’s get stuck in. We start the weekend off with a premier clash in the Cricket World Cup.

Now, South Africa have already removed themselves from finals contention with their woeful performances at the start of the cup (which is funny given how much they touted their bowling lineup pre-cup), but that doesn’t mean they should be underestimated. They have a good team on paper and have been looking stronger towards the backend of the tournament.

Australia still have a lot to play for, because their performance in this game will determine whether they enter the finals as the top seed. If they win, they will get to face New Zealand (or Pakistan if they pull off a miracle against Bangladesh) in the semifinal – a team in poor form and with less strength. But to lose would mean dropping behind India and booking a much tougher semi-final clash against the bookies’ favourites and tournament hosts in England.

South Africa come into this game with nothing to lose, which is one of the most dangerous things in sports. One need only look at the way they dismantled Sri Lanka in their last game to see that South Africa are still playing their hearts out. This won’t be a walk in the park for the Aussies, the Proteas will be hoping for a win to at least force some sort of redemption arc for what can only be described as a truly underwhelming campaign.

A win against a rival like Australia would at least give them something to cheer about.

But, I don’t think the Aussies will give them the chance. Finch has been stellar, Warner and Smith seem back to their old selves, hell even Khawaja’s put in a few decent performances. Right now, Australia seem pretty unbeatable – especially given how South Africa have played. En route to the semis, the reigning champs should make light work of the Proteas, I expect them to get the win here. 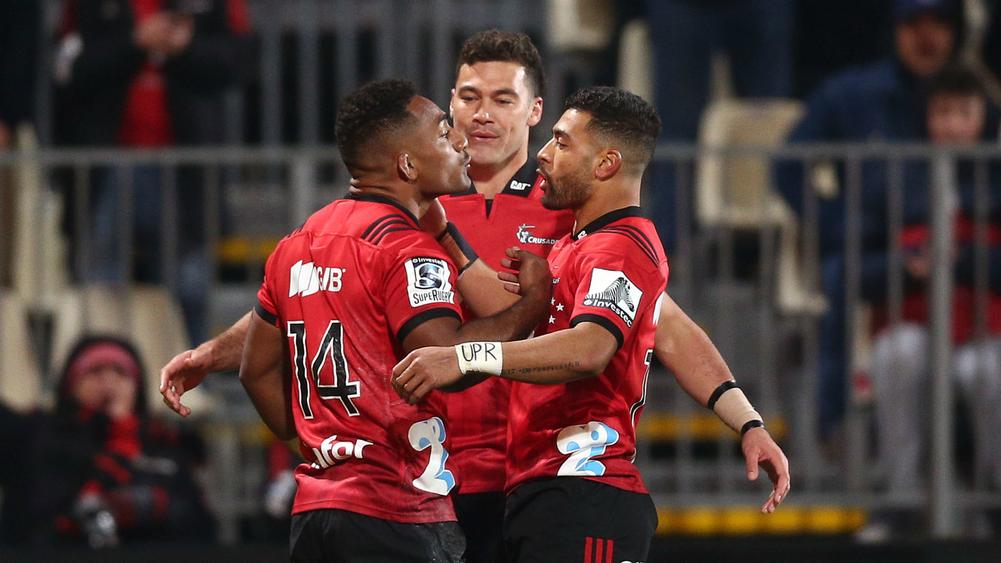 When it comes to history in this competition, these two teams couldn’t be more different.

The Crusaders are a founding organisation in the competition and have appeared in 13 finals, winning nine of them. The Jaguares, on the other hand, only entered the competition for the first time in 2016, and will be making their first-ever finals appearance come Saturday. If experience were the only factor, the Crusaders wouldn’t have any trouble walking away with the trophy.

Fortunately, for the Argentinian side, rugby is about so much more than just experience. The team has been in solid form, and absolutely demolished the Brumbies in their semi-final in Buenos Aries, they’ve got a formidable forward pack, and their backs are nimble but tough (as is the Argentine way). They won’t lay down without a fight, and with the chance to bring a maiden trophy back to Argentina, they’re going to leave everything out on that pitch.

The Crusaders were less comfortable in their semi-final, but understandably so given the quality of their opponents – the Hurricanes. With the best record wins against the Jaguares in the regular season, and the home advantage, the game is definitely in the Crusaders’ hands. So much so that the bookies have given them a line of -13.5 (at the time of writing).

I think this line is a wild overestimation by the bookies, and it would be foolish not to capitalise on it. Most rugby finals – and indeed finals in any sport – are very close and low scoring affairs. Teams will play conservatively, opting to take the three points when possible, and play a very defensively focused game from the start. It’s impossible for me to imagine this game would be a 14 point blowout by the Crusaders – regardless of the regular season result – the Jaguares are an inherently quality side.

Take the points for the Jaguares while they’re still this high.

Another day, another do or die final. This time, in of the most exciting world cups I’ve watched in a very long time. The Women’s FIFA World Cup wraps up in France on Sunday night (Monday morning) with a leviathan final pairing that just can’t be missed.

America come into this game as the strong favourites to lift the trophy, and it’s easy to see why. They are yet to drop a game this tournament and have only had three goals scored against them thus far. Their 13-0 rout of Thailand was a prime example of the quality of this women’s side, and they’ll be riding the high of their success into the final.

The Netherlands aren’t a team to be trifled with either, however, having also conceded just three goals en route to this final, and with comfortable wins over Italy and Sweden to embellish their resume. They have the added advantage of the tournament being held in France, a lot closer to home than for America.

So what’ll it come down to? Experience and composure. America are one of history’s most successful women’s teams and have proven time and time again that they can stay calm and finish the job when it matters most (except for that one Japanese corner that’ll haunt them forever). Morgan and Rapinoe have had a great cup campaign, and I just can’t see the USA dropping the ball against the Netherlands, regardless of their sides’ quality.

The Hunter’s Hot Tip: USA to lift the trophy