The Hunter’s Weekend of Sports – 22 Feb

I get knocked down, but I get up again.

After some less-than-stellar tips on the NBA All-Star weekend, The Hunter seeks redemption with another weekend preview, and some tips he’s sure will have a chance at rebuilding that bankroll.

Last week was an absolute gem: Super Rugby began, although you can be excused for not knowing given Rugby Australia’s nonexistent marketing. There was another round of UEFA Champions League fixtures – you just know I love watching Man Utd lose. Oh, and the NBA All-Star weekend, I’m not sure I’ve fully recovered from that Tatum half-court winner yet.

But now, It’s the last weekend of February, and with it comes some exciting match-ups in the world of sport. As always, in this column, I’ll explore what Australians can look forward to in this weekend of sports – focusing on a different sport for each day – and provide the tips that I feel most confident in based on my research, analysis, and expert intuition.

Because my weekend focus last week was on the All-Star weekend, I was unable to write about the opening of the southern hemisphere’s premier rugby tournament: Super Rugby (much to my dismay). Now, I know that union’s a bit of a dying sport here in Australia, but as someone raised in New Zealand, I see it as my responsibility to make sure this great, great sport, isn’t cast into the shadowy realms of obscurity. So, without any further ado, here’s my preview for Friday night’s trans-Tasman clash.

Coming off of a narrow away victory against the powerhouse Chiefs last weekend, Otago’s Highlanders will be in good confidence heading into their first home fixture of the season. The Reds will be playing their first game on Friday night, and will be looking to open the season with a bang – to show they aren’t a team to be messed with.

All-black Aaron Smith put in a good display for the Highlanders, scoring the deciding try to complete the comeback from 19-7 at half time against the Chiefs last weekend. The Reds will be keen to show off their young and fresh back-line, but have an uphill battle ahead, having not won in New Zealand since 2013.

The Highlanders won every game that they played in Forsyth Barr Stadium last season, and I don’t see them losing their streak tonight. The Reds will have the confidence of a season-opener, but won’t be able to get it done on the night in Dunedin.

The Hunter’s Hot Tip: Highlanders by 13+

Saturday this week is dedicated to the beautiful game (or at least an Australian attempt at it). Look, no one is arguing that the A-league is the best standard that the world football has to offer, but it can be interesting at times. And I guarantee there’s always a bit of drama. This weekend will be no different, with a good match up between two playoff contenders – followed by the Melbourne derby itself.

We start our Saturday out with a match between two teams seriously making inroads to cement their playoff position. Sitting in 3rd and 6th respectively, Sydney FC and the Wellington Phoenix are both teams that easily win games they really should lose, but lose games they really should win. The last time these two teams played, Sydney took the spoils in a 1-0 win off the back of a saved Phoenix penalty in the dying minutes (I told you there’d be drama), but this one could really go either way.

Sydney have been the first team to score in 7 of the last 8 games between these two teams, and considering Wellington have conceded 11 goals in their past 7 games, Sydney will definitely look to come out with a bang and solidify the lead early. With that being said, Wellington have managed to grind out a few tough draws recently, and could do the same this weekend.

Sydney are the better team on paper, but with home advantage and a certain unpredictability about them, I wouldn’t put it past either team to win. I’m going to have to tip from a different angle.

The Hunter’s Hot Tip: Both Teams to Score

These two face each other with a lot more than just a high table position at stake. Pride, bragging rights, and dignity will all be put on the line when the Melbourne Victory host Melbourne City on Saturday night. And what a game it’s bound to be. Sitting in 2nd and 5th, both teams have had solid seasons, and will be looking to earn the respect of their fans by knocking the other Melbourne team down a couple of spots.

The last five times these teams have played, the spoils have been completely shared, with two wins a piece and a single draw. History won’t even split the teams.

But, here’s where it gets interesting. City have only won once in their last seven games, a poor run of form for last year’s semi-finalists. With home advantage, form on their side, and their new marquee player in Keisuke Honda, I think the Victory could really do some damage here. 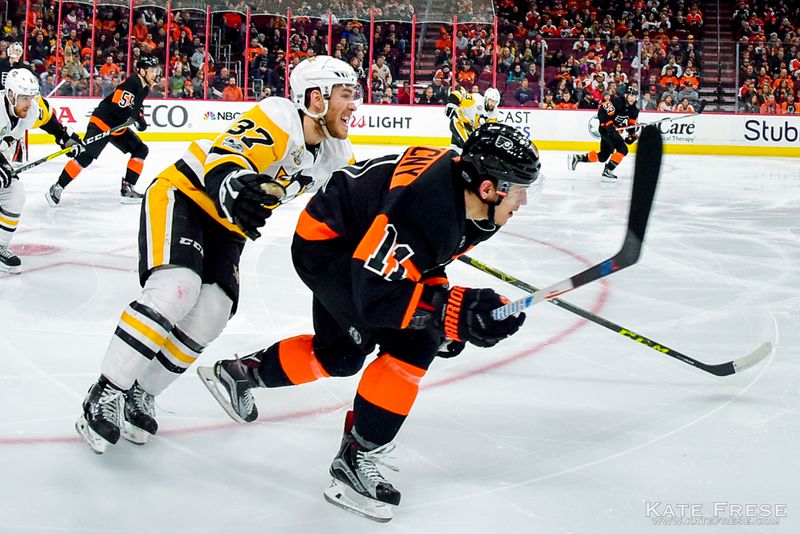 Given the great success and accuracy of my NHL tip a fortnight ago, I thought I’d give it another go and see if I could get a streak running. Luckily for me, there’s another massive game scheduled for Sunday afternoon.

The Philadelphia Flyers host Pittsburgh here in a game that is sure to be action-packed battle between offence and defense. With the most hits per game in the NHL, and the 4th most goals per game, Pittsburgh are a team that puts in offensive performance after performance. In a coincidentally poetical mirror, the Flyers have the tied 4th best powerplay defence in the league – a sure sign of a team ready to stop goals in the face of tough opposition.

I think this is a game that will be decided near the end, but I think Crosby, Malkin, and the immense offense of the Penguins will be too much for Philly, despite the home advantage.