The Hunter’s Weekend of Sports – 19 July

It’s been a quiet week – but that’s all about to change.

After the immense intensity of last weekend, the sporting gods seem to have relented a bit and given us a break from the high-octane action for a couple of days. The sport over the past week has been good (albeit lacking in its ferocity or significance) but compared to the weekend we just had, it felt a bit like watching paint dry. Fortunately for avid fans and casual spectators alike, this weekend promises to up the ante once more and reinvigorate our souls with three jam-packed days of sporting action. 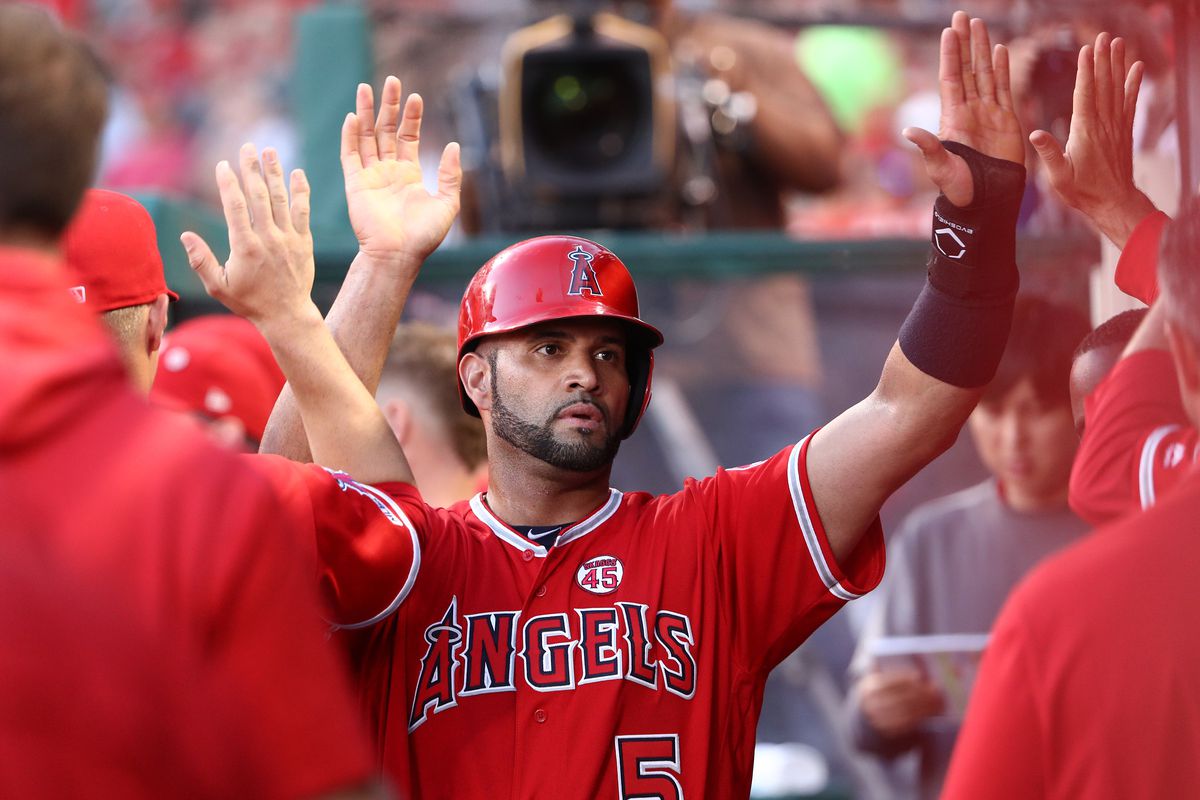 On Friday, we kick off with a premier matching between two baseball juggernauts, as the LA Angels host the Houston Astros in the fourth and final game of this AL West series.

Both teams came into this series at a similar point in their season, both riding high (the Astros a bit more so) with a good win total and solid offensive potential. After three games (with the Angels winning two), the Astros still sit atop the AL West with a 60-37 record, a sizeable but catchable 10 games in front of the Angels on 50-47. The Astros’ record is tied-best with the Yankees in the AL, and second only to the Dodgers in the whole MLB. Given that we’re about halfway through the season, this is exactly where they’d want to be.

Now there’s no denying that these two teams are offensively focused, between the two of them they’ve scored 37 runs in the past three games alone, so it’ll really be a question of pitching as to whether they split the series, or the Angels claw back another crucial win against Houston.

Pitching for LA is Harvey (three to four, 6.88ERA), a pitcher who has struggled to meet his potential this season, especially after the tragedy the pitching crew suffered with the sudden death of their teammate, Skaggs, two weeks ago. This’ll be a tough match for him to perform in, and I’m not sure if he’ll give the Angels the defence they need.

Taking the mound for the Astros is Miley (seven to four, 3.32ERA), a pitcher with a far better record and half the ERA of Harvey. He’s been a dependable starter this season, backed by a solid bullpen. Based on statistics alone, the Astros have the upper hand.

Despite being at their home ground, I don’t think the Angels will have what it takes to perform against Houston. Their hitting is great, but the pitching just isn’t quite up to par. It should be a high scoring affair – but I can see the Astros walking away with the win and leaving this series as a tie.

On Saturday, we’re treated to game at Spotless that pits two likely finals contenders against one another. This has been a season full of twists and turns, and I’m super excited to see what this game has in store.

The Giants host the Pies at home in a game that could make or break their season. Sitting in a precarious sixth spot on the table (but only one win above ninth) every single win is crucial to the success of the better Sydney team. Two more wins could catapult them into second, while two losses could see them drop to 14th – that’s how close the table is. They’ve been in a poor run of form lately, losing the last three on the trot, so need a good win against a top team to boost player morale and have them sitting pretty as finals approach.

Standing in their way are the Magpies, a frustratingly good team with an insufferable fanbase. They’re coming off of a one-point nail-biter of a win in their finals rematch at WCE last weekend, and will be hoping to capitalise on that success with a good run of form. De Goey had a cracker of a game at WCE with 22 disposals and two goals, and is looking back to his old self after he missed two games with an injury midway through the season.

This should be a closely fought battle, with both sides taking every opportunity they can to make possessions count. It should be a match decided in the fourth quarter, and I think GWS might just get the upper hand (They’re overdue for a win aren’t they?) As the World Cup draws ever closer, the Southern Hemisphere’s best international tournament resumes play, as the Rugby Championship once again opens its gates to see who will fight it out for the ultimate honour – coming second to the All Blacks.

Just two weeks after the end of the Super Rugby season, the Wallabies and Springboks will put their boots back on to represent their countries, and fight a tough match in Jo-burg to try and claim some early points for the Championship, and get some market-testing done before the World Cup in Japan.

The Wallabies come into this game in need of a win. To say the past few months have been chaotic for Rugby Australia would be an understatement. Faced with potential bankruptcy, a poor few years of form, and the Folau saga, the turmoil in the Wallabies dressing room is as clear as day. Cheika has selected a team with a focus on brute strength, with the likes of Reds superstar Samu Kerevi hoping to outmuscle the Springboks in centre. The Wallabies are a decent squad on paper, and Chekia’s definitely going for something new here – so it’ll be interesting to see how they perform.

South Africa’s team is interesting this time round. Rassie has fielded a bunch of second-string players – something some Wallabies fans find insulting – with 15 players already in New Zealand preparing for the next test. He still has a good squad on his hands, and with the home advantage, they’ll be tough to beat.

I just can’t see Australia walking away with the win. Without Folau (arguably Australia’s greatest talent despite the controversy) they’ll struggle to perform. I see the approach working in their favour, and by the time the World Cup rolls around they should be game-ready. But I see this as being more of a World Cup practice match for the Wallabies.