The week has come, everything boils down to this.

In this week alone, we get to watch the French Open, the NBA Finals, the NHL finals, the Giro D’Italia, the Europa League Final, and so much more. If there was ever a time to be an avid sports neutral, now is it.

For the love of sports, it’s going to be a ripper week.

And don’t worry, because I’m here to guide you through the best of the best. As always, in this column, I’ll explore what Australians can look forward to in this week of sports – focusing on a different sport for each day – and provide the tips that I feel most confident in based on my research, analysis, and expert intuition.

The whole season of Hockey, 1271 games, boils down to this seven-game series. The Stanley Cup, one of the most unattainable trophies in the world sports, will once again be contested in the National Hockey League, as the Boston Bruins face the St Louis Blues in what is sure to be a tough contest for both sides. Game one of the seven game series kicks off on Tuesday – and we’re waiting on the edge of our seat to see how it’ll turn out.

Boston start out with the home-ice advantage in the opening game of the contest and will hope to hold onto that advantage for the whole series. The Bruins are definitely the team to beat here, but the Blues have been unexpectedly good throughout the entire playoffs, so I don’t think they’ll be underestimating their opponents by any definition.

The Blues are the shock contenders for this year’s title. Coming into the start of January, St Louis were the bottom-ranked team in the entire NHL. Since then, they’ve had a turnaround of fortunes that can only be described as phenomenal. They put together performance after performance and scraped their way into the playoffs as a scrappy (but rising) third seed. On their way to the finals, they blitzed through the Winnipeg Jets – a team many touted as contenders – and showed that they’re not to be messed with. They demonstrated their composure under pressure in their game 7 2OT win against the Dallas Stars, and seemed unphased by one of the best teams in the competition when they walked away from their series against the Sharks as comfortable victors. The Blues will be keen to start the Stanley Cup finals on a good note and will put in a performance to show they’re here to play.

The Bruins, meanwhile, have had a comparably simpler journey to this point. Their first series against the Leafs was decided in a game seven, but Boston ultimately triumphed, to knock Toronto out for the third time in seven years. From there, they had an easy run against the Bluejackets, before sweeping the Hurricanes in a display of absolute hockey dominance. Boston will be looking to claim the trophy and become the third team in the city to hold the major title at the same time (with the Pats and RedSox both currently reigning champions). For the city of Boston, nothing would be sweeter. For the rest of the world, nothing could be worse.

So, who’ll take the first game? As much as I think this will be a close series, Boston have been too solid at home to drop the first game in such a crucial series. I think they’ll take it here. 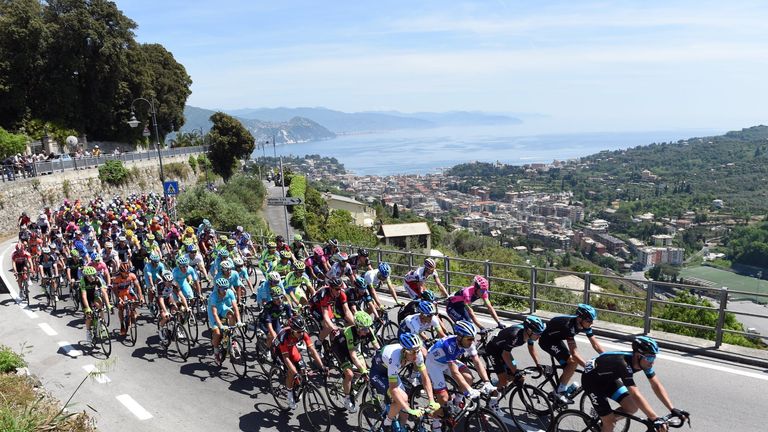 On Wednesday, we say ‘buongiorno’ to one of the world’s premier cycling events. The Giro D’Italia is well and truly underway in Italy, and it’s about time that we covered some of the action taking place.

The 17th stage of this year’s event is a demanding stage, that promises to separate the winners from the losers. With only 21 stages in the competition, a win on this leg will be crucial for all the teams vying for a top spot.

At the time of writing, Carapaz of team Movistar sits in the top spot, but with Roglic (Jumbo) only seven seconds behind him, the race is still anyone’s to take. The 17th stage sees the competitors start out in the town of Male, with a soft decline to whet their palettes, before a harsh climb through the Mendel Pass. They get treated to a steep decline once more, but then spend the rest of the day climbing to Antholz – where the stage finishes.

This is a leg that will display the tough mountain climbs that the Giro is so famous for, and all riders will have to perform at their peak to not lose any ground on the overall standings. Carapaz has proven his penchant for the climbs in the stages we’ve seen so far, and I’m sure he’ll be near the front of the Peloton for the majority of this stage.

It’s always tricky to pick a winner of an individual stage, but I think Carapaz will perform well enough here to keep his overall place in the Giro.

The first of the European finals is set to be contested on Thursday in the Azerbaijani capital of Baku. The game will see Arsenal and Chelsea face off in what is to be one of two all-English European finals – the first time that teams from one country have accounted for all the European finalists in competition history. This game is sure to be exciting for neutrals and die-hards alike, and I’m keen to see how it plays out.

This match will be the second Europa League Final for Chelsea, having won it all in 2013, and the first time Arsenal have played a final in the competition. Chelsea definitely have the experience, but whether that’ll come into play on Thursday is another question.

The EPL is well and truly over, so both teams have nothing left to play for and will leave it all on the field. During the EPL season, Chelsea and Arsenal shared the spoils, both winning at home and losing away. With the home-stadium bias removed by virtue of the Azerbaijani host stadium, it’ll be interesting to see which team comes up trumps at the neutral ground.

Ultimately, from what I saw in the regular season, Arsenal are the better team in this final.

Sarri-ball just won’t cut it in the modern game, and I can’t see Chelsea walking away with the Europa League Trophy.

The Hunter’s Hot Tip: Arsenal to Win the Trophy