America – the land of the free, and the home of… so much good sport.

This week, we’re hanging out in the US of A, as we take a look at three distinctly unique and uniquely American, tournaments. The weekend that just passed was one for the ages, with footy out the wazoo and too many crucial games to count. This week promises to be no different, and I’m ready to get stuck in.

MLS is a football competition without the history of its European counterparts, but that doesn’t mean the quality is lacking and it certainly doesn’t mean the rivalries aren’t as fierce. One of the newest rivalries in world sports plays out again on Monday, as the LA derby once again kicks off. This game can be about as tense as the MLS gets, and is always wrought with excitement (usually as a by-product of some Zlatan magic)

On Monday, the MLS’ newest team host their LA counterparts in a game that’s sure to have it all. The LA derby is always an intense game, and it’ll be made even more so this year by the fact that the Galaxy win will push them right up to second place, right behind LAFC.

LAFC have been nothing short of exceptional this season. They’ve lost just three games, and sit comfortably atop the Western Conference, 18 points in above second place. They’ve looked like contenders for the trophy all season, and now look set to cruise into playoff football.

Looking to end their happiness once more is Zlatan Ibrahimovic and the rest of the Galaxy. A “Ferrari amongst fiats,” Zlatan scored a perfect hat-trick on his way to a win the last time the sides met and will be hoping to create a similar outcome for his team this time around.

Away from home and in LAFC’s nice new stadium, it won’t be an easy task. Throw into that the team’s form and standings and it’s pretty clear who the favourite is. Galaxy will put in a good fight, but at best will probably walk away with a draw.

The Hunter’s Hot Tip: LAFC to Win or Draw 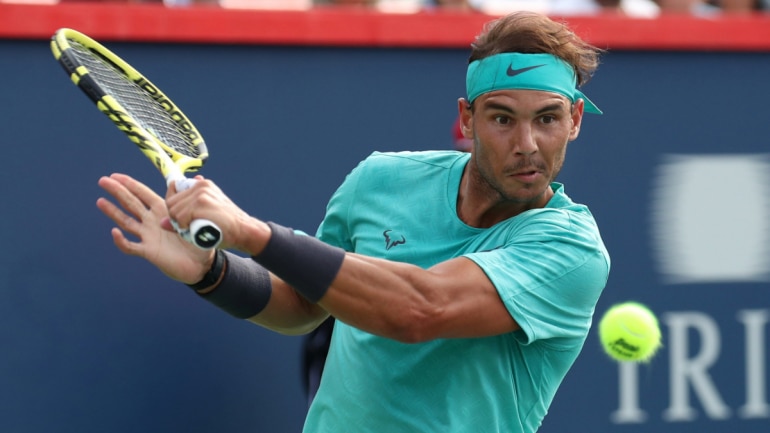 The last grand-slam of the season kicks off on Tuesday, as New York hosts the stars of world tennis at Flushing Meadows once more. The Aussie contingency is there in force, and one underrated cult hero has a mouth-watering match for round one.

Millman will probably best be known as the Aussie who beat $1.04 odds to down Federer earlier in the year, and (while not exactly a bad legacy to have) I’m sure he’d like to build it more with another big scalp on Tuesday. Millman faces Nadal in round one of the US Open, and if he can manage to pull off another upset, he stands to solidify his place in tennis lore.

Of course, the win isn’t going to come easy. The two have only met once before, at Wimbledon in 2017, where Nadal walked over Millman, polishing him off in straight sets. With that being said, Millman’s grown a lot as a player in the last two years, and with that triumph over Federer as a feather in his cap – he’ll know he’s got the potential to win.

Obviously, I have to tip Nadal to win. It’s extremely unlikely Millman will claim the match, but I still hope he does. I’m willing for my tip to be wrong if it means Millman gets another big win. As the MLB reaches the final stages of the regular season, teams are desperate to notch wins on the board, to give themselves the best possible starting position once October rolls around. Two of the better teams in the comp duke it out on Thursday morning in the second of what will be a three-game series.

Houston come into this on top of the world. They sit comfortably on top of the AL West, with a 10-game lead over the A’s, and look certain to make the playoffs (and probably a deep run). Tampa, on the other hand, still have so much to play for. The Yankees are virtually uncatchable in the AL East, so they’ll be hoping to secure one of the two Wild Card spots on offer. The two spots are effectively being fought by just three teams now (Indians and A’s being the others), so every win is crucial.  Whereas every loss has massive repercussions.

I anticipate this being a low scoring affair, with one team notching a couple of runs in the final few innings to claim the match. Houston’s bullpen is slightly better, and their offence is an absolute marvel, so I can’t help but think they’ll walk away with the win. I see it being a close series, but ultimately Houston are just too good.