Bid adieu to the long weekend, but say bonjour to the Hunter’s week ahead!

It’ll definitely be hard for this week to compete, but I’ve trawled through the schedules to bring you the three most exciting matches for the coming week, coupled with some tips I’m sure will hit the spot. As always, in this column, I’ll explore what Australians can look forward to in this week of sports – focusing on a different sport for each day – and provide the tips that I feel most confident in based on my research, analysis, and expert intuition. 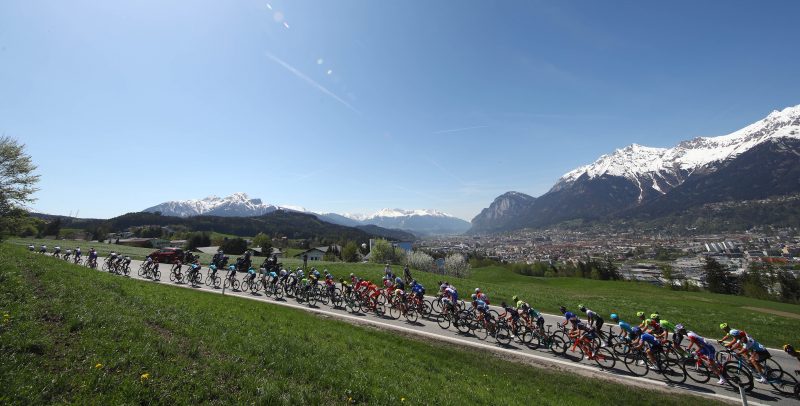 Image Via Tour of the Alps

One of the most gruelling races in world cycling throws its most difficult stage at competitors on just the second day of competition.

The riders start the morning leaving Reith Im Alpbachtal to climb to ski resort Tulfes, which is situated on a plateau overlooking the Inn Valley. The climb is 5.1 kilometres at 7.1%. The route continues further south and leaves Austria into Italy via the Brenner Pass. The riders get a slight downhill break, before the long haul up the Jaufen Pass begins. The climb is 15 kilometres at 7.5%, the last 400 metres go up at almost 10%.

This promises to be a gruelling race that’ll test the grit and endurance of all riders. The two riders copping the lions share of the media coverage are Froome and Nibali, from team Sky and UCI respectively. Both are climbing specialists, with a strong team and rich gear supporting their trek. Both riders are working towards separate goals. Froome is currently targeting a fifth Tour de France victory, while Nibali is taking aim at a third Giro d’Italia before also riding in France in July. But their paths cross here, and both will be pushing for a win.

It’ll come down to the strength of the climb, and Nibali returns to racing at the Tour of the Alps after a vital two-week block of altitude training on Mount Teide. I think he might have the edge over the more road-traditional Froome. It’ll be a tough battle, and cycling is near-impossible to pick, but it would be foolish to tip anyone other than Nibali here.

On Wednesday, we’re back to the NBA, where one of the stories of the playoffs has been the Lillard/Westbrook battle that’s been taking place in the Portland v OKC series.

Lillard and Portland dominated the first two games of the series, hitting multiple threes from the logo and acting like the game was just a shooting drill. Westbrook came out to fight with OKC in game three, posting 33 and 11 with 11 of 22 shooting. Not to be upstaged, Lillard put in another display in game four, claiming the W and taking the series to the 3-1 score-line it currently sits at.

We head back to Portland for a game five with everything on the line. If Portland win, Oklahoma’s season is over, and with it, their hopes of being considered a team that can actually contend. If OKC win away from home, the momentum swings back their way, and they have the potential to pull off a Lebron-esque 3-1 comeback. Everything’s on the table here.

Oklahoma City Thunder have had a great season, it’s good to see PG13 back in the form of his Pacer days, and you just know that I gotta pay respect to my boy Steve Adams in the centre. But, I think that season ends today. Dame and the rest of the TB’s have been too composed, too quick, too sharp. I think OKC are the kings of wasted potential (remember when they had Durant and Harden too?). It’s a shame, but I think that Portland will take the series 4-1.

Other than the Grand Final, the biggest game in Aus footy takes place this Thursday with the ANZAC day match-up between Collingwood and Essendon, two teams that have performed relatively well in the season thus far. Collingwood are the favourites on paper, but that doesn’t mean Essendon will go down without a fight.

Currently, Essendon are one of the top offensive powerhouses in the league, with 463 points scored in the first 5 games (compared to Collingwood’s 452), and are the younger – fresher – team of the two, with an average age of 23.76 (Collingwood is at 24.41).

The Pies, last years’ finalists, have been defensive stalwarts thus far, allowing just 361 points against them across the first 5 games (an average of just 72.2 per game). Collingwood took the last ANZAC match, and with De Goey playing like the Brownlow contender he is, the Pies will be tough to beat.

As much as I would love to see the Pies lose in front of such a large crowd, it would be stupid not to tip them here. Essendon will put up a good fight, it’ll be a game ultimately decided in the fourth quarter, but I think at the end of the day the Pies will walk away with the win.