Footy’s back, NBL’s over, the EPL’s heating up, the NHL’s cooling down (if you’ll pardon the pun).

There’s so much going on in the world of sports it’s hard to keep up. Luckily, the Hunter’s ready with some highlights (and accompanying tips) to keep you satisfied for the week ahead.

What a weekend we just had. The Perth Wildcats clinched the NBL in four exciting games, the UEFA CL quarter finals were drawn, oh and the NRL came back! The week ahead promises to be just as exciting, with some premier matches in all leagues around the globe.

And, of course, the return of the AFL. If you’re wondering why it isn’t in the Thursday portion of this piece, don’t worry, there’ll be a separate column coming out where I break down every game of round one (like I did for the NRL).

So, let’s get stuck in to this week of sports.

AAF is the new younger brother of the NFL with less rules and more fun. I’ve been waiting to write about this league for a while now – I was holding off in case it struggled to find its feet (with this being the inaugural season), but given the adversity it’s fought through, the fanbase it’s slowly accrued, and the big-hits it’s produced, I think it’s time I wrote about a game in the world’s newest pro-sports league – and I’ve chosen a great game to get the ball rolling.

The top team in the West faces the East’s number two in a game of football that’s sure to have all the action. These two teams have never played each other in their brief existence, so there’s no history to show what these two will bring to the coalface. But, I anticipate an interesting competition between one of the better offences in the league (San Diego) and the league’s premier defence (Birmingham). The fleet have one of the best fanbases in the league, consistently pulling in 20-25k fans at home (the league’s best), and Birmingham’s support isn’t too shabby either at over 17k most games – which is extremely good for a new team in a new league in a city without a traditional sporting heritage. In terms of form, Birmingham come into this game looking to rebound after being steamrolled by the Apollo last week in an uncharacteristic showing where they conceded 31pts. San Diego will be riding the high of their 2pt victory over the Salt Lake Stallions, and should carry that momentum into this game. San Diego are one of the better teams in the league, and I see them being able to overcome Birmingham’s defence. 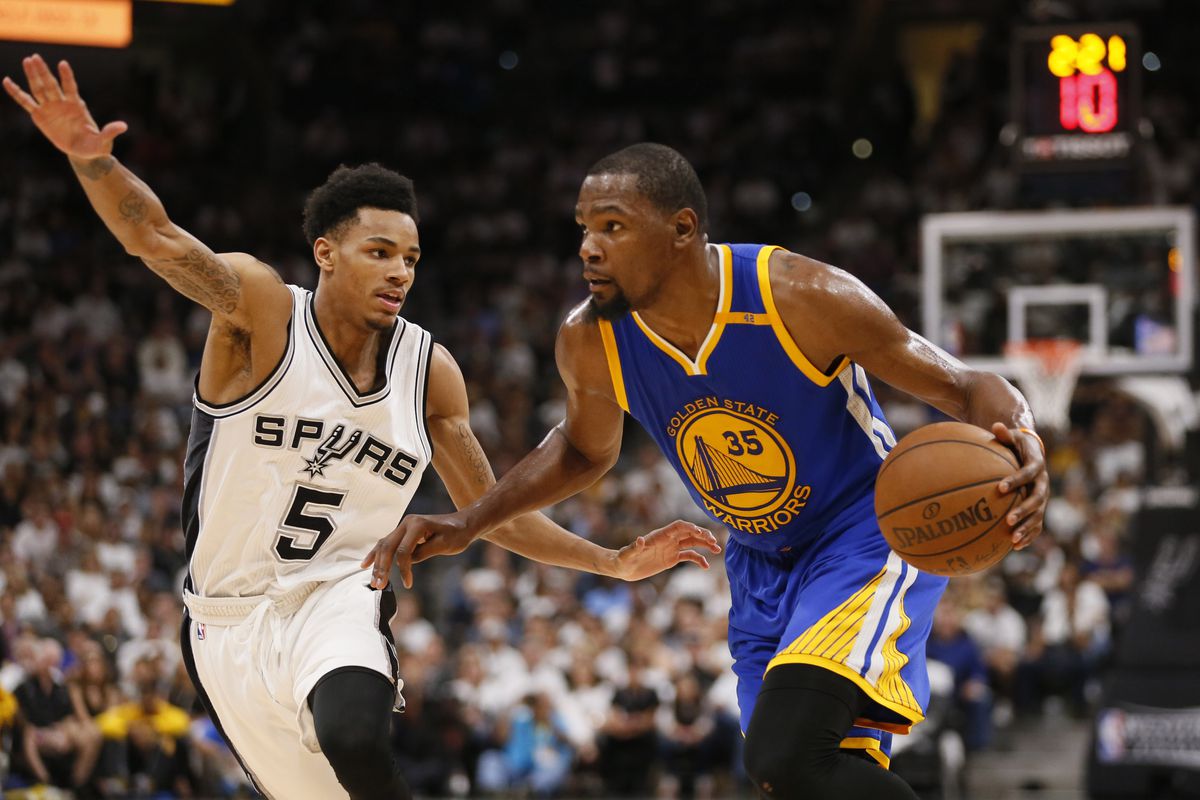 Staying in the USA for Tuesday, we cross codes to the NBA for a match that has the potential to carry serious repercussions on the postseason positioning of the two teams involved. As the season comes close to wrapping up, the importance of a win is tenfold, and every team has their reputation tested with every game that occurs.

The Spurs host the Warriors in a late-season fixture that has wildly different implications for the two teams involved. Golden State will be looking to kick their poor run of form and solidify their 1st seed position with a win over the Spurs, meanwhile San Antonio will be looking to justify that they even belong in the playoffs (only holding 1 win over eighth place as of right now). With that being said, the Spurs are in a great run of form (winning 7 straight) and are showing no signs of slowing down. This is going to be a closer match than a lot of people realise, I think the Spurs have the potential to shock the league here and make their intentions of being a strong playoff team very clear. Because the Aussie sporting week doesn’t really kick off until Thursdays, we’ll stay in America again and once again focus on the National Hockey League of the USA and Canada. Today, we focus on a match between a team looking to regain their footing as one of the league’s historical best, and the reigning champions looking to cement their place as the league’s current best.

New Jersey host Washington in a game on Wednesday morning that I think has the potential to be an absolute thriller. The Caps have been stellar all season long, and are sure to make a good run for the Stanley Cup, but hockey is notoriously unpredictable, and I really think the Devils could be a bit of a roadblock come Wednesday. NJ are well out of playoff contention this year, so really have nothing to lose when they face the team they’ve lost 5 of their last 7 games against. NJ’s Kevin Rooney has found a bit of late season form, scoring a couple times in the past two Devils games, and NJ’s keeper Blackwood isn’t the worst keeper in the league by any means.

This isn’t to say Washington won’t be a challenge, thanks to the great play and captaincy of the legend Ovechkin, the Caps have struck a run of late-season form that’s seen them bumped up to 4th in the east. But, for whatever reason, my gut’s still telling me to pick a NJ upset here (take it with a grain of salt, cause the Caps really should win this).

Wow, it’s good to have the footy back. As I said earlier, the AFL also starts on Thursday, but I’ll have a separate AFL-exclusive column to focus on that, so Thursday is still free to cover this semi-final rematch between two South-Sydney juggernaut footy clubs.

The first home game in Illawara sees the Dragons host the team that knocked them out of the competition last year. The Dragons put in a mediocre (at-best) performance in North Queensland last week, and it really wasn’t enough to counter one of the best forward performances in league history from Taumalolo in the Cowboys’ victory. Contrastingly, Souths put in a world-class display to down the reigning champs at the SCG on Friday night. Based on last weeks’ performances alone, Souths would take this one with absolute ease.

Nah there’s no but here – if they play like last week, Rabbits will win.