Monday ain’t got nothing on us.

It’s the start of the week. The depression at the thought of another week of work may have already set in. It may seem like nothing will cheer you up.

But sit back and relax, pour yourself a coffee, because the Hunter is here to guide you through your day with a preview of the week ahead in the world of sports. So don’t you worry, Monday doesn’t seem too bad now.

It was another phenomenal weekend in the sporting world. We saw the first two games of the NBL finals go each way – drawing out the season to an exciting potential game-five. The EPL had its ups and downs as always (including a great upset of Tottenham by Southampton), as did La Liga and the Bundesliga. We saw a few great and close matches in the NHL and NBA, and Australia took a game in a convincing win against the Indians in the ODI Series. We can expect another great sporting schedule to get us through this week, and I for one am certainly eagerly anticipating the week ahead. 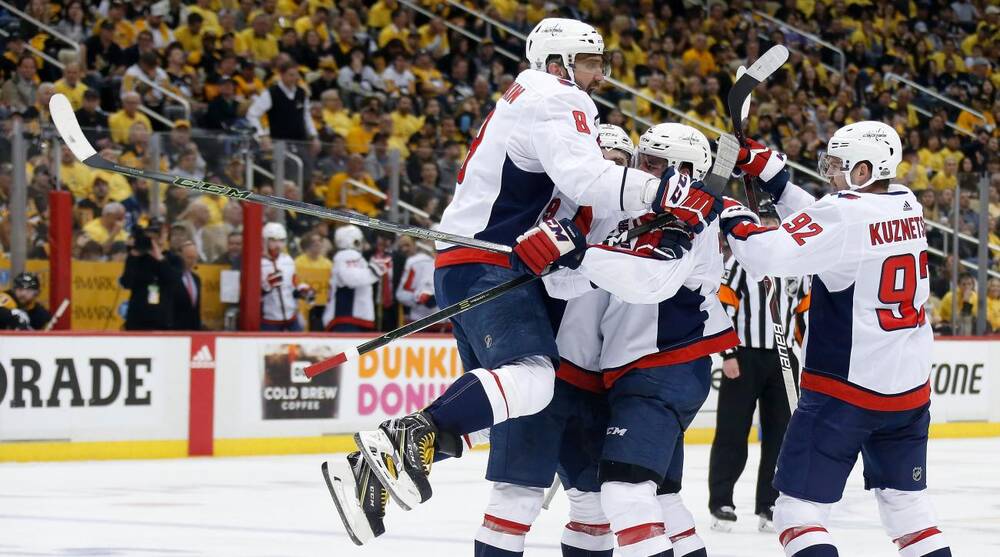 We start the week out by heading back over to the US of A and into the ice-rink for a fight between two of the best teams in the competition. As we edge closer to the playoffs and the Stanley cup final, every game becomes critical for teams looking to secure the best possible position for the postseason.

The Capitals are riding the momentum of a 6-game win streak into this game between two of the most equally matched teams in the league. On 87pts, Washington sit in 4th place in the East, whereas Winnipeg is 3rd in the West on 84pts. Both teams have scored exactly 230 goals in the competition so far, and are similarly matched defensively too, having allowed 198 and 210 goals respectively so far. To say this match will be close is a huge understatement.

As the reigning champions, Washington definitely has a lot to defend going into this part of the season. On the other side, coming off of their best season ever, Winnipeg have everything left to prove. Washington have the home and form advantage here – but I’ve seen a lot of fight from the Jets this season, and think they have a real chance at walking away with the win. We stay in America for Tuesday (early-week sports are always a bit dry in Australia), and cross codes to the NBA, where we have another excellent competitive showing between two teams at the top of their game in the crunch-time of the league.

Again, these two teams are so close to each other in their performances that it’s really difficult to differentiate them through stats. They sit at 4th and 6th in the West and are separated by only three wins. Both have had questionable form coming into this match, losing two of their last three, and both are caught up in this close race for positioning on the ladder before the postseason. Hell, their last game was decided by one point in double overtime and, honestly, this is another game that can go right to the wire.

OKC have walked away with a win in the past three matches between these two teams, but Donovan Mitchell is in the absolute form of his life, and Paul George has been struggling since he sat out with a niggle last week. If the Jazz are going to end OKC’s thunder – it’ll be here.

Over in the subcontinent, the Aussie cricket team has been battling a tough ODI series out against the world number one Indians and has certainly been putting in some good displays. Maxwell and Uzzie have both been pretty unstoppable with the bat, and Cummins has had a series to remember with the ball in hand.

To be fair to the Indians, Kohli has been doing well to justify his number one ICC batting ranking, with a couple of centuries to his name, and Shami and Bumrah have been pretty exceptional bowling against the Aussies.

This is a match that could go either way, but both teams will be looking to close out this awesome series with a big win. It’s hard to bet against India when their home crowd is behind them, and the prowess of Kohli with willow in hand may prove too much for the Aussies.

We finish the preview of this week with another round of champions league fixtures. Although it’ll be hard for any game to live up to the hype of that insane Man Utd v PSG finish last week, I do anticipate at least one of this week’s games will still boast some of that trademark champions league drama.

These two teams come into this fixture with a 0-0 aggregate score on the table, meaning qualification for the quarter-finals is still completely up for grabs – and both teams will be fighting like there’s no tomorrow for it.

Both teams are in stellar form, with Bayern and Liverpool coming into this game on 7-game and 9-game no-loss streaks respectively. There hasn’t been much recent history between these two teams (the last time they met was in the 2017 preseason Audi Cup), so both teams will be looking to solidify a good reputation against the other. This is an awesome match to get so early in the Champions League, and it’ll certainly bring with it a lot of excitement.

For Liverpool, Mane and Firminho are both in sensational form (slotting two each past Burnley) and Van Dijk is arguably the best defender in the world as of right now.

For Munich, they’re coming off a 6-0 drubbing of Wolfsburg which saw 5 different players score a goal. If anyone can challenge Liverpool it’ll be Bayern.

I think either team could take this, and it’ll be a closely fought, passionate game regardless. But here I feel Liverpool might just edge Bayern on their way to a potential second champions league final in a row.