It’s one for the Cluedo addicts.

Sometimes you know immediately whether or not a movie is made for you. If it’s a kid’s movie, it’s easy to tell. The bright colours and cartoonish voices will be delighting the tiny tots in the audience while you sit there realising how rapidly you’ve aged. If it’s a horror movie, you’ll hear the audience’s shouts of fright followed by squeals of delight and wish you’d stayed at home, safe, instead of ruining your nights alone for the next month.

If it’s a murder mystery, the devil’s in the details. And by ‘details’ I mean ‘dialogue’ and in Kenneth Branagh’s Murder on the Orient Express, oh boy, is there a lot of dialogue.

The film is based on Agatha Christie’s novel of the same name. Of her 66 other mystery novels, this one remains her most popular and enduring. The story has had several film treatments throughout the years including the popular 1974 version with Albert Finney as the obsessive, moustachioed detective Hercule Poirot, this time played by Kenneth Branagh. The 2017 remake has caused some to wonder why we need another Orient Express adaptation, but, as with Shakespeare and George Lucas, hers is a story that will be told over and over again, as long as there are stars to fill the screen and avid murder mystery movie-goers to attend.

We first meet Branagh’s Poirot in Jeruesalem, near the Wailing Wall, in 1934. The film indulges in a bit of slapstick, catching a jewel thief with a well-placed cane stuck in the wall and we witness Poirot measure two boiled eggs and refuse, in a very congenial manner, to eat them because they’re not the same size. We’re also introduced to Branagh’s moustache, this ludicrous wrap-around bit of flattened rope that obscures the actor’s most exaggerated expressions (which is kind of a good thing, given how Branagh is prone to psychotic fits of overacting—I’m looking at you, Mary Shelley’s Frankenstein).

Branagh’s Poirot is a likeable one. He gives people the time of day and he speaks in a mannered, professionally considerate tone to anyone whom he comes across, even when he’s dismissing someone by telling them, ‘I don’t like your face,’ as he does with the slippery murder victim, Johnny Depp’s Edward Ratchett. With a bit of exposition about Branagh’s longing for a holiday and its immediate interruption as a case on the Orient Express presents itself, we get to meet our cast—and our suspects.

As soon as the train departs, the plot takes its foot off the deadman’s pedal. With such a large cast to introduce and to flesh out, Branagh’s camera-work keeps things interesting, while the lush, dreamlike cinematography by Haris Zambarloukos makes it a picturesque ride. Branagh introduces the characters with closeups of their famous, heavily made up faces. You get the cold, icy glare of Michelle Pfeiffer’s Caroline Hubbard; the composed yet faraway gaze of Miss Mary Debenham (Daisy Ridley, excellent); Josh Gad’s sweaty, shifty, dishonest Hector Macqueen, and a number of others. In contrast to these static shots, which often occur when Poirot interrogates the passengers after the murder occurs, Branagh glides the camera smoothly across the side of the train or films things from above. You feel a bit like a self-styled detective pouring over newspaper clippings. 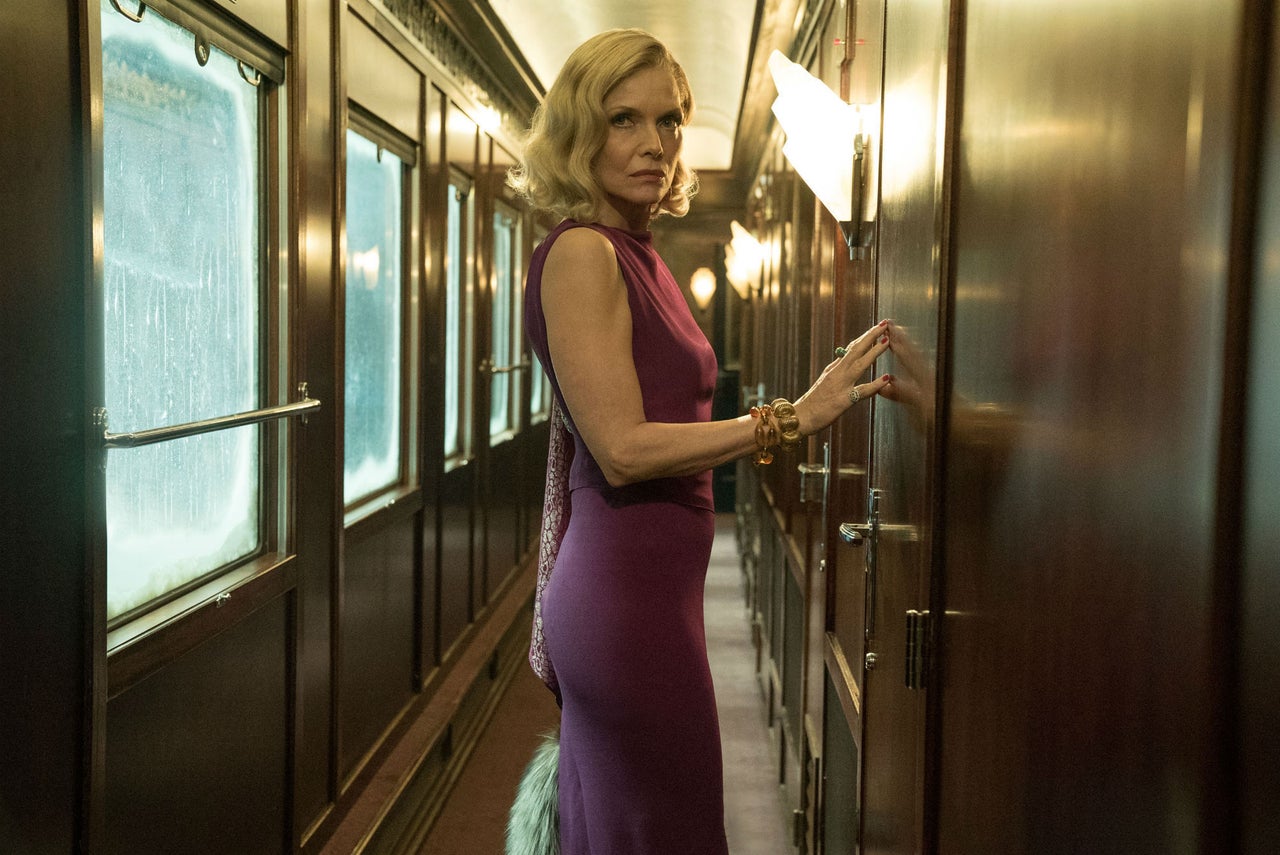 For a film that’s filled with accomplished actors (a snobbish Dame Judi Dench is a bit of fun, while Olivia Coleman is wasted as her practically mute assistant) in cartoonish getups, the performances are surprisingly diluted. Everything leading up to the murder moves along at a brisk pace but sets up something much more exciting than what you get. Michael Green’s script, like all those rapturously popular crime shows after 9pm on telly, immediately sets up its own formula: Poirot wants to talk to someone, he takes them in for questioning, they break under his mental probing and confess, and this inches him closer to solving the mystery. While the snowy avalanche that derails the train is a thrilling bit of cinema, the ensuing avalanche of dialogue is where things really get snowed under.

This is where I suspect the film isn’t for me. Whether or not they know who did it, I think whodunit fans will relish gradual unspooling the web of lies concocted by more than one passenger on this opulent train. It’s a beautifully shot film by a director clearly working on a passion project, but the endless discussion of clues and red herrings had me feeling like I should’ve gotten off at an earlier stop.