Mortal Engines seems doomed to fail. A high-concept, steampunk story with a monster budget, based on a franchise that isn’t Star Wars or a comic book, banking on the waning appeal of Young Adult science fiction and a mostly unknown cast. It’d be a shame if it did fail, something many of the critics’ reviews seem intent to make happen, because the Peter Jackson-produced sci-fi fantasy is one of the more joyous and colourful entries among a year of bleak blockbusters.

Although the movie doesn’t get off scot-free. The dialogue plays as if it’s spewed out of an exposition-generator that needs updating and the final act ratchets everything up to such world-ending stakes, yet is curiously the most boring part of the movie. What Mortal Engines does have is an earnest sense of adventure and the spirit of movies gone by, as big, bold attempts to wow audiences with things we’ve never seen before. 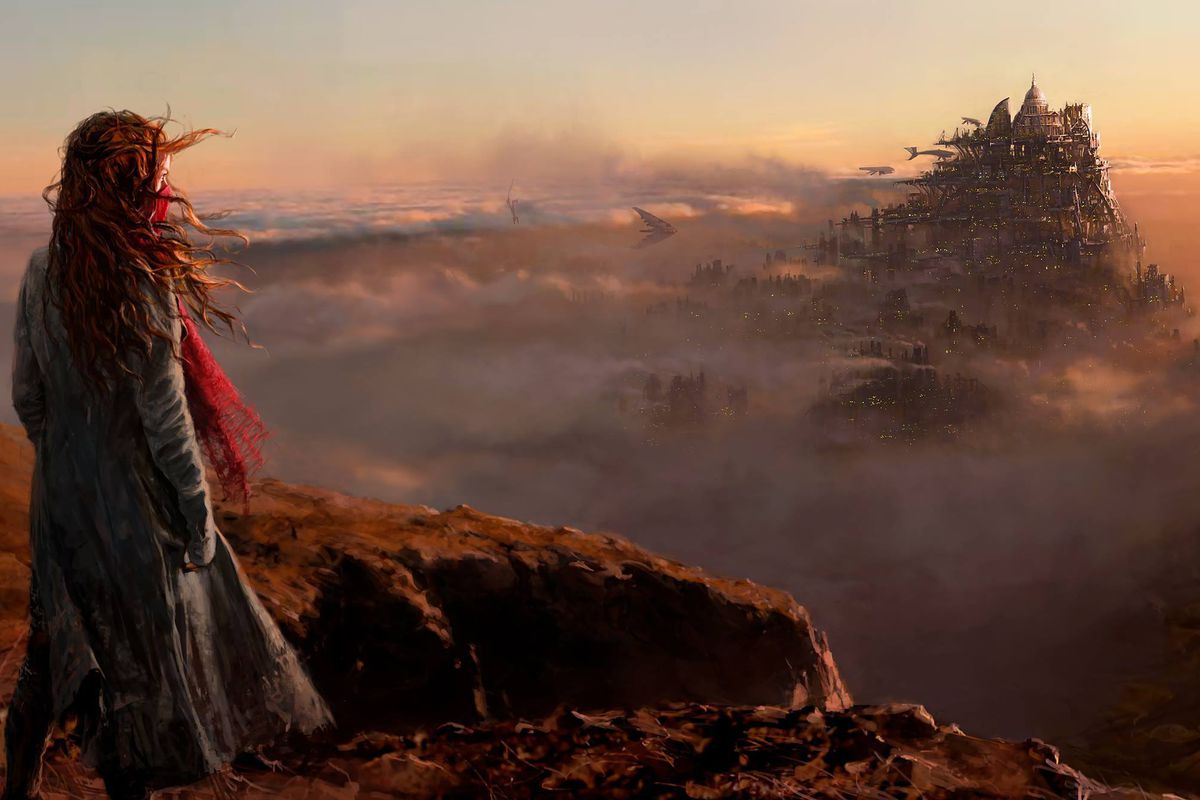 Near-first timer Christian Rivers directs a screenplay from Philippa Boyens, Fran Walsh and Peter Jackson. Jackson likes to keep his crew tight, so everyone here is a frequent collaborator of his, with Walsh and Boyens as regular screenwriters and Rivers stepping up from the art department. A thousand or so years in the future, following a devastating series of explosions called the ‘60 minute war’, the world’s cities have become like ships roaming across the seas of a wasted earth on big tank treads. Based on a book series by Philip Reeve, the story is weird, high concept stuff, throwing around terms like ‘Municipal Darwinism’ and blending 19th century attire and technology with apocalyptic landscapes.

Rivers does a good job ramping up the spectacle of these cities. In the beginning, the camera swoops ambitiously up and over a city on wheels, before switching around for that old, ‘You think that’s big!’ gag and then we get a look at the new London-on-wheels.

Hugo Weaving plays London’s city captain with a lot of menace but perhaps not enough madness. He’s a man with a dark past and a stellar reputation to uphold, looked up to by Tom Natsworthy (Robert Sheehan), a young historian collecting memorabilia and gadgets from the 21st century. The characters are kind of goofy, but it shows how this trio of screenwriters have always been experts at tugging audiences into their ludicrous worlds. The obvious example is the Lord of the Rings movies, but a better one would be the 2005 King Kong movie, a perfect adventure film that enraptured us as we sailed closer to the mysterious Skull Island. 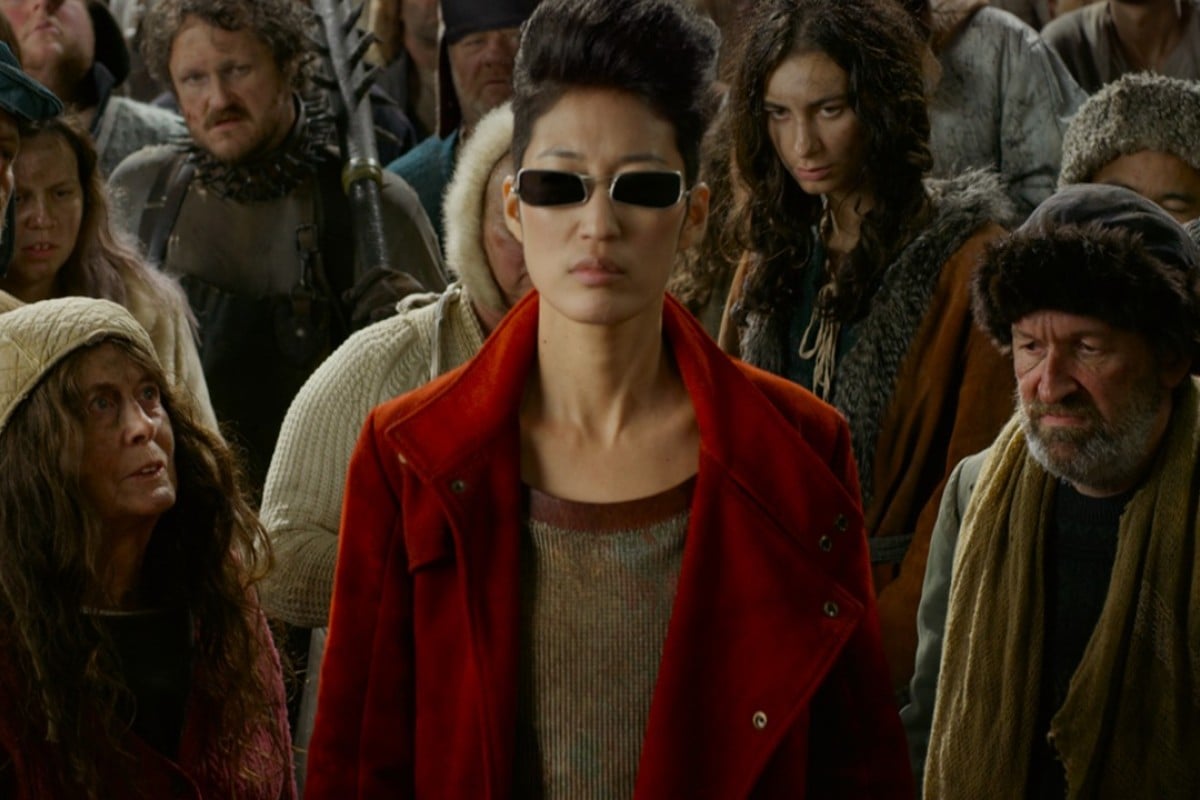 Here, there’s so much to throw at viewers in order for us to understand where we are and what we’re doing, it’s difficult to get fully immersed in such a weird world. The worst bits are the big swings at camera-winking humour, where Tom points to a display case of smart phones and ponders if people from the ‘screen age’ had lost the ability to read and write, or a yellow Despicable Me (2010) minion being mistaken for a sacred object.

The scarred Hester Shaw (Hera Hilmar) attempts to murder Thaddeus Valentine and after a chase through the city, she and Tom end up ejected from London, wandering the dangerous lands together. Like Sam and Frodo and their trek to Mordor, this is where Mortal Engines works best. It’s a familiar set up—she’s surly and resourceful, he’s bumbling and nervous, they’re gonna fall in love—but Jackson’s movies were always best when he showed us a new cinematic world from the perspective of its inhabitants. Hester and Tom are sleeping in caves, picked up by a beetle-like roving house and almost sold off at auction, they make their way to a stunning city in the clouds, all this stuff is great fun, so much that I found myself hoping it wouldn’t go back to Weaving’s villainous schemer and his wide-eyed daughter (Leila George) slowly realising what a bastard her father is. 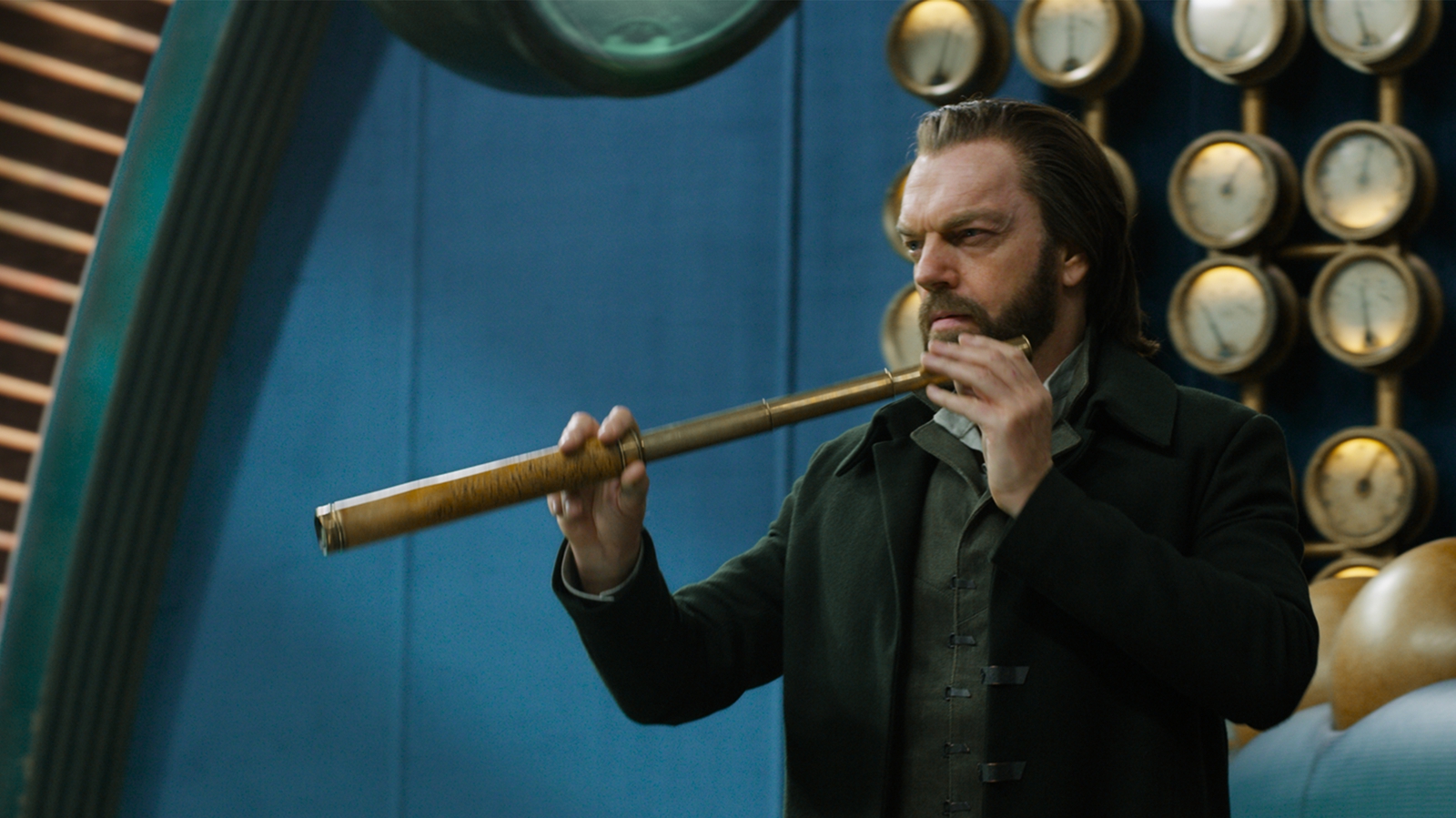 Part-way through, a subplot suddenly foists its way into the foray, with a reanimated dead body named Shrike (CG, played by the imposing Stephen Lang) being released and hunting down Hester because of an oath she made to him years before. There’s pathos and a touching story about fatherhood in this subplot, but it appears so suddenly and so entirely engulfs the rest of the movie that it comes across like a slap in the face with a pleasantly-scented hand.

Mortal Engines has a real, beating heart and a genuine desire to immerse and to delight. It doesn’t demand audiences come back for the next one or come into this one with a checklist of required extended universe inclusions, nor does it resort to cynical, quippy SNL-inspired humour for cheap laughs. Try to let this weird movie work its problematic magic on you. Somewhere in here, is what movies are all about.