Happy Death Day is the story of one slightly narcissistic woman who is severely punished until she becomes an obedient good Samaritan in a monogamous relationship. In order to reach this Hollywood interpretation of how a ‘likable character’ behaves, she is repeatedly murdered into submission by a killer with a baby face mask. At no point does the protagonist develop anything that resembles a recognisable personality.

The movie might as well be called I Know What You Did Last Groundhog Day. At the beginning, Tree (Jessica Rothe), wakes up in an unfamiliar dorm room. It’s Carter’s (Israel Broussard) room and after he mumbles his way through an awkward interaction while the perpetually irritable Tree demands Tylenol for her hangover, she leaves in heels and a sequin-laden blouse. Get ready to see the next few set-pieces over and over again, because Scott Lobdell’s script lays them on thick like they’re important clues to solving the mystery (they’re not). A guy lowers his glasses at her, she bumps into a needy guy who demands to know why she won’t return his texts, a drunk guy passes out, and she interacts with her sorority sisters back at the exceedingly lavish mansion in which they take residence. At the end of the night, which includes a surprise party for Tree, she is stabbed, suffocated, drowned and beaten to death on a variety of occasions, only to wake up again in Carter’s dorm room, demanding Tylenol. 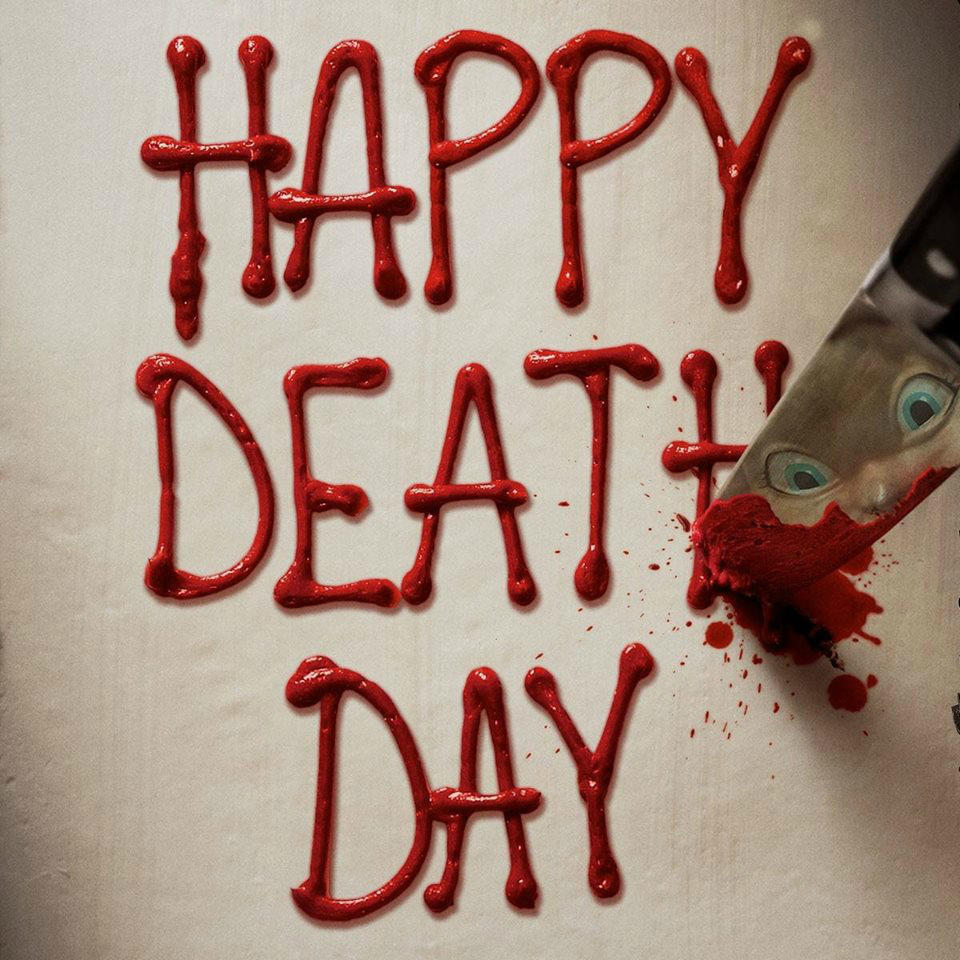 Taking two well-worn genre tropes (time loops from Source Code, Groundhog Day and masked killers from countless horror movies) and mashing them together into a teen slasher movie (and this is light stuff even by teen horror standards, with minimal blood spatters and curiously quaint cursing) you’d think the filmmakers would have a few self-aware tricks up their sleeves keep the audience on its toes. It becomes painfully clear very early on that this isn’t the case. Happy Death Day, while directed coherently and with a few tense what’s-behind-the-door sequences, is as ploddingly predictable as the latest Conjuring sequel (though without James Wan’s jump scare artistry) and as forgettably unimaginative as those weekly rental horror movie clones you used to be able to pick up for 50c each at the local video shop. Except, now, they’re apparently getting theatrical releases.

If its cumulative blandness weren’t bad enough, audiences are forced to suffer through one of the most conservatively moralistic teachings in the genre—for teen horror movies, that’s really saying something.

It’s pretty clear early on that Tree is going to bludgeoned until she starts acting nicer to people. For one thing, she repeatedly ignores the phone call from her father on her birthday, and just in case you weren’t up to speed on how much you’re supposed to hate the film’s protagonist, she’s also indulging in an affair with her professor, her roommate makes her a birthday cupcake that she bins right in front of her, and she’s rude to Carter, which is terrible, because Carter is a really, really nice guy (it’s his only trait). All these turgid plot points are blatantly designed to be flipped when Tree figures out that her killer is apparently very concerned with their victim’s decorum and people skills. This trite realisation of Tree’s comes after we’ve watched her stumble out of the dorm in confusion on one occasion, run out screaming on another and, of course, predict a succession of events to an unbelieving Carter. Haven’t we seen all this before? In another movie that this movie actually references, for anyone too stupid to get the joke? Isn’t going to the movies starting to actually feel like Groundhog Day?

The twist ending is surprising, if only for the fact that, when you run the events of the film back through in your mind, it doesn’t really make any sense—nor is there any reason for you to expect it. It has a real Scooby Doo vibe about it, and I mean the nonsensical 2002 live action movie, not the clever TV show. If Happy Death Day is what Hollywood has to offer in the way of original horror movies, I say bring on the next Conjuring sequel.