An unexpected improvement on the last Agatha Christie adaptation, Crooked House still leans on its source material like a crutch

The latest adaptation of a work by prolific crime author Agatha Christie, Crooked House is an improvement on the goofy and talk-heavy Murder on the Orient Express—which, let’s face it, is most memorable for its lead actor’s moustache. The climax is more thrilling, the mystery’s reveal weirder and more intriguing, the character development less rushed. Director Gilles Paquet-Brenner understands better what it means to update an early 20th century crime writer’s work for a modern audience. That doesn’t mean it isn’t weighed down by its reverence for the source material, resulting in another talk-heavy murder mystery that still feels like it should be playing on telly in the middle of the day rather than in theatres.

Reverence for the source material might not sound like a negative criticism, but it is. Both Crooked House and Orient Express are hindered by the looming presence of an author who simply wasn’t writing timeless works—her books are pulp crime novels for readers in a certain time period. These movies feel like they’re paying homage rather than creating radical adaptations for modern audience. Still, there are a number of things in Crooked House that show a step in the right direction. 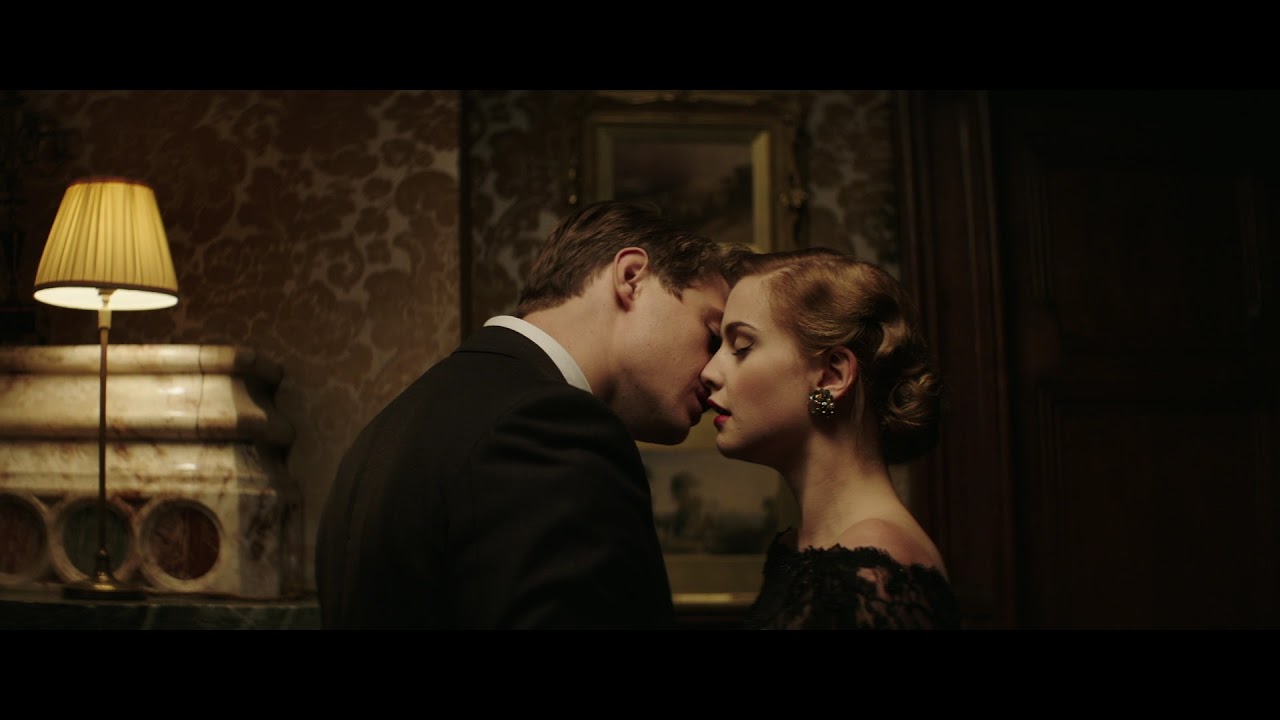 Detective Charles Hayward (Max Irons) receives a high profile case. He’s hunkered down in a dingey office stacked with papers and books about the place, with an elderly secretary out the front who thinks, if he takes it, maybe they could call in the decorators.

Charles doesn’t want the case, though, because it involves an ex-lover named Sophia de Haviland (Stefani Martini), who comes to him with suspicion that her grandfather, the owner of a hugely wealthy estate where she lives, was murdered. The kicker?  She thinks the murderer is still in the house.

All this stuff allows Brenner and his screenwriter Julian Fellows to wrangle with a meatier mystery. Charles doesn’t possess Poirot’s OCD-esque quirks, but he’s grittier and Irons plays him with a clenched jaw and distrustful look of agony whenever he’s around Sophia, who broke his heart. He’s also not the godlike observer of all things Poirot is, making him more akin to gumshoe detectives who stumble their way through things like Raymond Chandler’s Philip Marlowe.

As with Orient Express, the characters are kooks played by masterful actors having a blast in their roles. Glenn Close is introduced as Lady Edith de Haviland, hunting moles, shotgun in hand. Christina Hendricks is the deceased’s much younger lover, shouldering accusations of gold-digging. There’s also the peculiarly precocious Josephine (Honor Kneafsey), who sees the whole thing as a fun detective story and pretend-plays Sherlock Holmes to Charles’s Watson. Each character is holed up in a room in the huge house, the rooms decorated to their personalities.

Once the initial strangeness is introduced, the script comfortably resumes the structure that turned Orient Express into such a bore: the detective questions people, receives some information and moves onto the next suspect. The tense relationship between Sophia and Charles is also done away with in service of the plot, as if Fellows can’t weave it into the movie’s themes the way a decent screenwriter is supposed to. It’s a sagging middle that’s thankfully buoyed by a thrilling finale, where the revelation is genuinely shocking, maybe a little silly, but a perverse delight nonetheless.

All the way through, however, I kept getting the sense that the creators were walking on eggshells to faithfully adapt the book upon which it’s based. When Stanley Kubrick took source material like Arthur Schnitzler’s Traumnovelle for his Eyes Wide Shut, he took inspiration and ran with it, making his own movie. In what I suspect is another symptom of the contemporary studio-run movie systems, the creators here are answering up to Agatha Christie’s estate, who have something like 40 adaptations in the works for television and film. Their goal is to bring Christie’s works to an audience who might never have heard of her, but aside from some sleek cinematography (Sebastian Winterø) and a more daring work to adapt, I’m not yet convinced the project is going according to plan.

That said, there’s enough fun to be had in Crooked House’s story and its lavish set designs (Simon Bowles) are a gorgeous treat. Hugo de Chaire’s unsettling score is a real highlight, and overall everyone’s performances are far less irritating than they were in Murder on the Orient Express. That’s good enough. For now.