There are two ways to look at Bumblebee. The first is as a cynical, pointless extension of the bloated Transformers franchise, one which constructs a Hollywoodised version of the 80s with dutiful nods to the Cold War and meme-y references to The Breakfast Club (1985). It hits story beats so familiar you’d think you were watching a remix of E.T. (1982) and The Iron Giant (1999) set to a self-conscious, isn’t-this-so-80s soundtrack.

You could also look at it as a palette cleanser to Michael Bay’s Transformers. Shrieking douchebag Shia LaBeouf is replaced with grieving and introverted Hailee Steinfeld’s Charlie, caricatures are replaced with character arcs and there seems to be a genuine desire to tell a heartwarming story, rather than pandering to teenage boys’ basest desires. Critics and fans of the 80s Transformers movie are heaping praise on Bumblebee, probably in an attempt to erase Bay’s poisonous legacy and prove its continuation is better in his absence. The thing is, director Travis Knight’s take is only better in the sense that it doesn’t peddle the same retrograde sexism and parodically insensitive racial caricatures. It’s still terribly shallow and cynical and problematic, just in its own unique ways.

A prequel to the decade-spanning series, the movie is about a yellow Transformer called B-127, eventually dubbed ‘Bumblebee’. The film opens with a battle on Cybertron, the home of the Transformers, in which Optimus Prime and his Autobots are attempting to overthrow the Decepticons. The sequence is a like a hallucinogenic nightmare inside an already neon-happy club. All the giant robots yelling weird words at each other doesn’t help to ease viewers into the world, either.

After a pretty thrilling fight sequence on Earth, where B-127 is sent to hide out for a while, the titular Transformer has his vocal technology damaged and he loses his memory.

The movie then becomes a ‘child meets monster’ type story, in the vein of The Iron Giant and ET. Angsty teen Charlie, whom we know is angsty because she listens to The Smiths first thing in the morning and wears band t-shirts, finds him in the form of a VW Beetle at a scrapyard and fixes him up enough to bring him home.

Then, a curious thing happens.

The movie retells the plot of Transformers (2007). A teenager gets a new car, discovers it’s a Transformer, freaks out before bonding with it, eventually gets caught up in an intergalactic battle between two robot factions, getting a little closer with someone she likes from school. Bumblebee is no more of an origin story than the 2007 entry, aside from putting a little more time on the Charlie/Bumblebee bonding moments. It doesn’t really work as an origin story, given that it adds nothing new to the franchise.

Neither does it work as a child-meets-monster story. In movies with this trope—you could also throw The Shape of Water (2018) in there—the drama and tension work because we in the audience don’t know what to expect from the monster the child is befriending. When Bumblebee transforms from a car into a robot, Charlie backs away in fear and awe, but we in the audience have seen this transformation a thousand times. When she questions his motives, we already know he has good intentions and won’t hurt anyone. Gone is the grandeur of the Iron Giant or the mystery of the creature in the Shape of Water, here we’re just going through the motions and waiting for the big battle at the end. 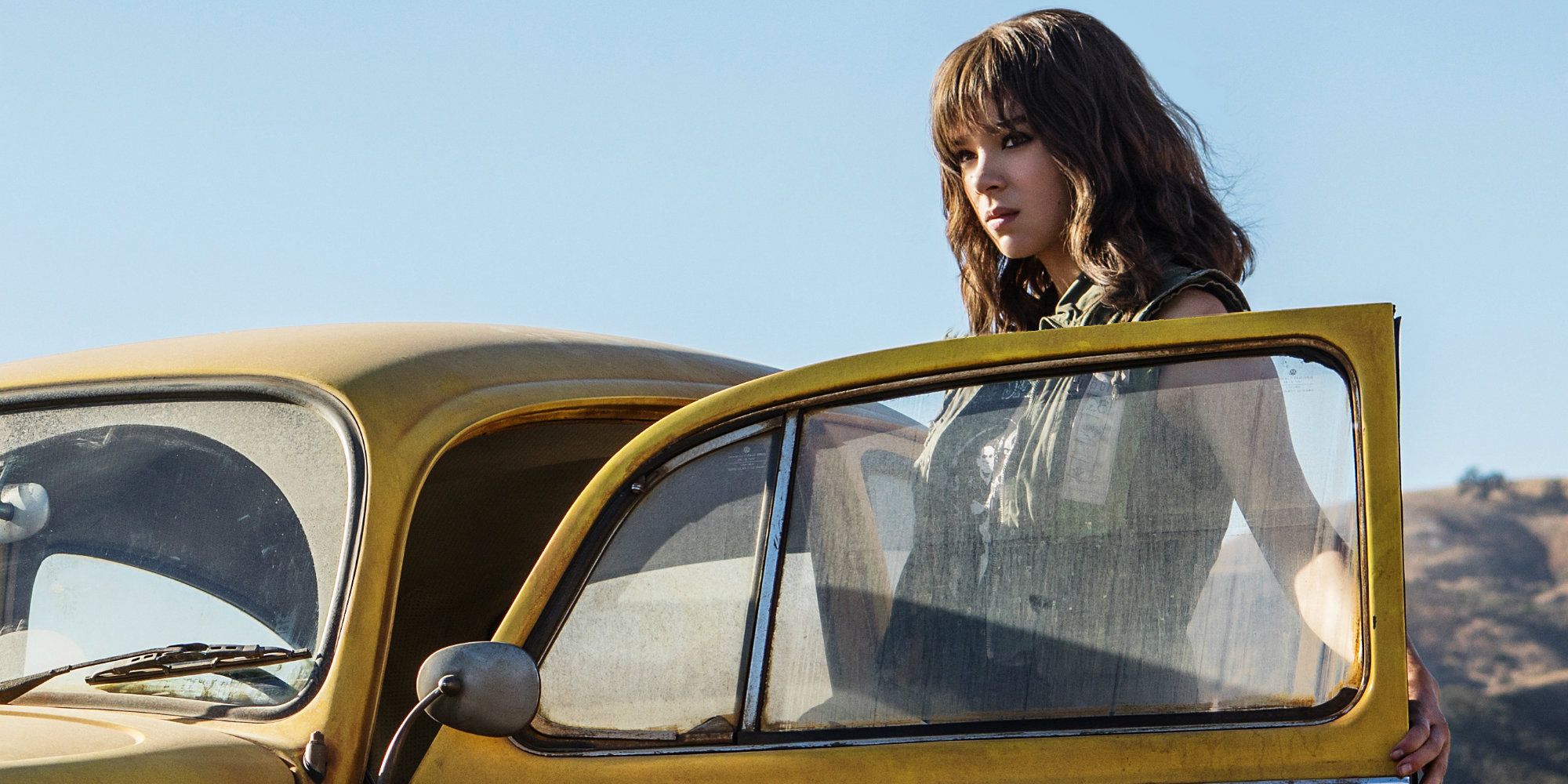 Spreading out from this core problem like an infection, all the other side stories and character arcs start to feel cheap and cynical. Charlie is grieving the death of her father and acting out against her mother Sally (Pamela Adlon) and stepfather Ron (Stephen Schneider), through which Christina Hodson’s script clamours for pathos towards its main character. But all of this is done so ungracefully, with Charlie staring longingly at the photo of her father, Ron making tone deaf comments about how she should smile more, cookie-cutter bullies psychopathically smirking after mentioning Charlie’s dead dad, that it starts to feel less subtle than a pair of dangling robot balls or Bumblebee ‘lubricating’ John Turturro. It might be a little less crude, but at times Bumblebee is as unsubtle as a Michael Bay Transformers movie.

All of this is a shame, because I’d like to believe the movie has good intentions. Hailee Steinfeld is one of the strongest young actors around who brings a kind of everyday torment to roles like this and the wonderful The Edge of Seventeen (2016). I like the idea of telling a wholesome Transformers story, too, but did the whole thing have to feel so useless? Why did we need this origin story if it hardly even functions as an origin story? I hate to ask this, because essentially no movie, or any piece of entertainment, needs to have a reason for its existence, but Bumblebee really got me thinking, why does this even exist?