Sit and stare in awe.

Some films are difficult to review. I don’t envy the weekly reviewers who had to tackle Kubrick’s 2001: A Space Odyssey or Francis Ford Coppola’s Apocalypse Now because, what do you say about films like that? They define filmic styles, they push the boundaries of filmmaking and they are eventually poured over for years by film historians, critics and writers. The weekly critics who were there first have to put their thoughts in order quickly and succinctly.

I believe Denis Villeneuve’s Blade Runner 2049 is a film like that. It is so tremendous in its scope and ambition, in its concern for the nature of the human condition and in its reverence for the rapturously beloved source material, Ridley Scott’s Blade Runner (and Philip K Dick’s novel Do Androids Dream of Electric Sheep?) that it seems like a daunting task just to talk about it without descending into babbling incoherence.

With that said, here’s my take.

This huge film begins on a small scale – with a confrontation between two people. One, Officer K (Ryan Gosling) is a Blade Runner. Like Rick Deckard (Harrison Ford) in the original film, it’s his job to hunt down defective or rogue replicants (bioengineered androids with superhuman strength) and ‘retire’ them. At the beginning, K is retiring Sapper Morton (Guardians of the Galaxy scene stealer Dave Bautista). As K, Gosling carries the same kind of haggard acceptance that Ford gave Deckard in the first film, but with a crucial difference: K knows he’s a replicant. With minimal emotional expression, Gosling plays his role well. When the film’s plot throws bucket loads of existential dread at him he keeps it under wraps, portraying K as someone who isn’t ready to face the revelations he knows are coming.

With this opening sequence, Villeneuve and screenwriters Hampton Fancher and Michael Green (Fancher wrote the original Blade Runner screenplay), make clear to the audience the tone of the film, as if reassuring audiences (and perhaps warning some) that they know exactly what kind of a film they’re making. It’s slow in pace, the dialogue is often heavily spaced with moody silences, and what they say is often deliberately ambiguous. The action isn’t quickly paced, either. When Sapper Morton refuses to go quietly, Villeneuve shoots a large portion of the fight scene from the other side of the wall; we’re introduced to K’s physical superiority by seeing the wall gradually cracking and caving in, before the two of them crash through it.

What follows in the plot is obviously better left to viewers to discover on their own, but it is honestly one of the most beautiful, visually arresting and artistic cinematic journeys I’ve ever seen. K is assigned to pursue a case that resembles something he has seen in dreams, through which he confronts the nature of false memories, of authenticity and identity. The slow pace of the film allows for legendary cinematographer Roger Deakins to shoot the futuristic landscapes with a real sense of awe – I would frame some of these shots and hang them up like works of art. The ominous building where K works is shot with cold blues and enshrouding mist. K’s tiny flying car is dwarfed as it inches its way around the structure. A sequence in the desert, the apocalyptic remains of a city, feature huge statues half-buried in the sand. Landscapes like this, and like the giant sea wall that runs around K’s city, exist to detail the world, their purposes likely to be debated for years to come among film fans.

Though the film has garnered extremely positive reviews, some critics have taken aim at its lack of substance. The plot isn’t complex, in fact it alone doesn’t warrant the nearly three hour runtime, but neither was the plot to Kubrick’s science fiction masterpiece. Neither was Nicolas Winding Refn’s Drive or Julia Ducournau’s Raw. These films hold their audiences’ attentions because, visually, they speak volumes. When K shuts his apartment door, we see a discriminatory slur scrawled across the front; at night, giant holographic women walk through the streets selling themselves as digital companions. One of these advertisements is a copy of the one K has in his apartment, JOI (Anna de Armas), with whom he believes he has a meaningful relationship. Villeneuve and co.’s meticulous approach makes it feel as if this fictional world has been developing since the last film, aging and decaying, its inhabitants leaving for off-world colonies or perishing in the cities’ dust. 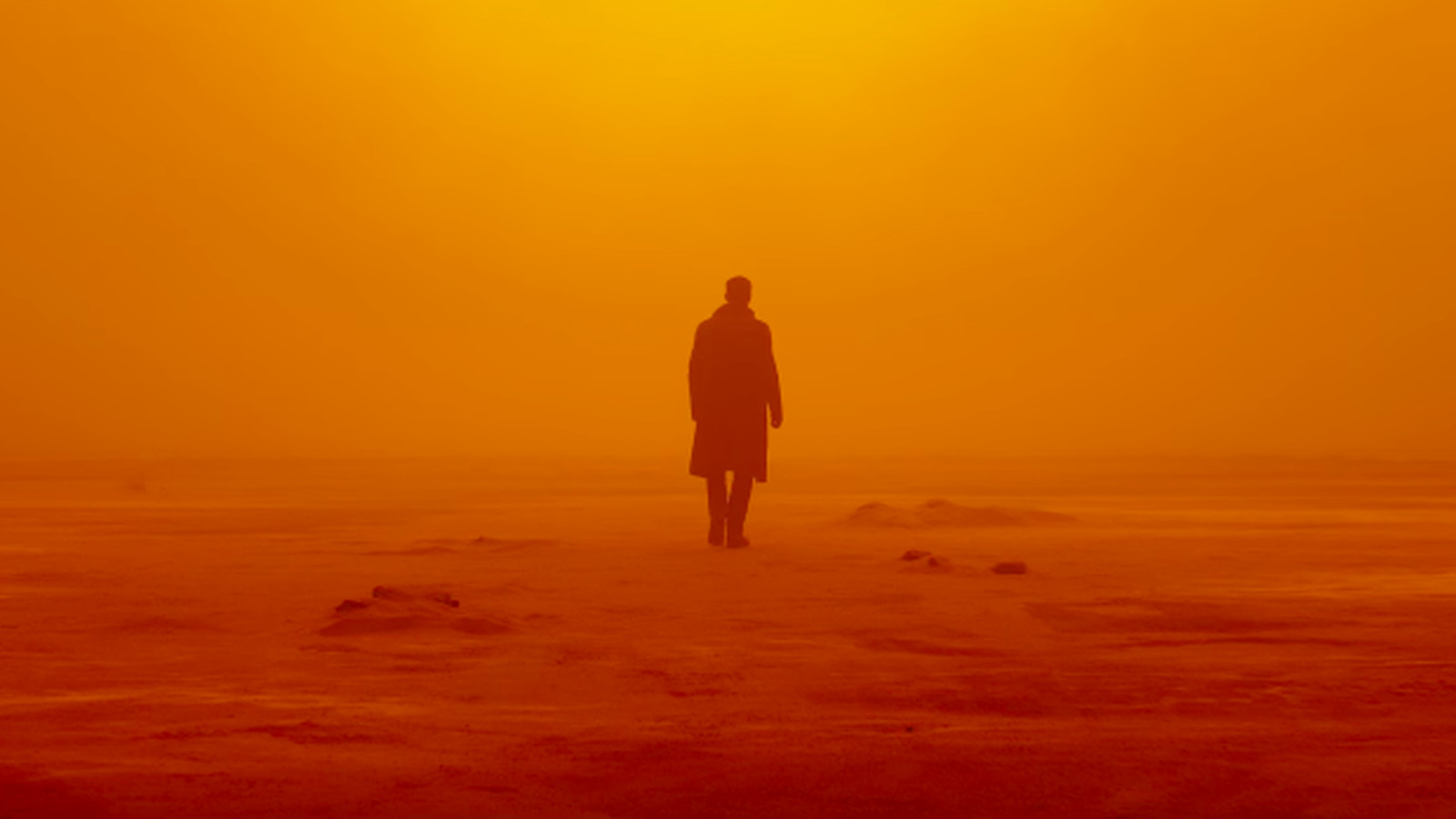 At a time when big budget movies are little more than a complicated fitting together of various characters from other movie franchises, it’s nice to see a sequel that takes its time and comes across as a loving treatment of its subject matter. Blade Runner 2049 takes place in a strange universe, but it’s the most beautiful and intriguing universe you’re likely to visit at the cinema this year.